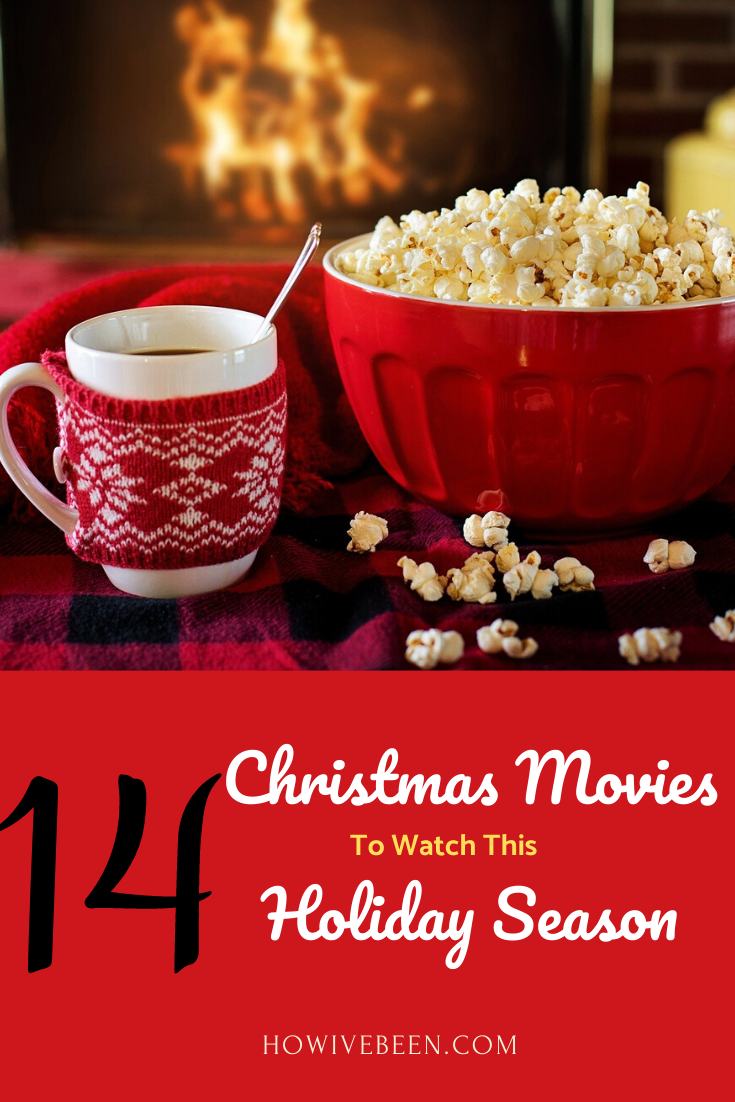 Again, another movie about a girl who is talented but going through a tough time living with 3 bullies – her stepmother and 2 stepsisters. I’m not complaining about it, in fact, I like watching different versions of Cinderella’s lives. Of course, my ultimate favorite is Hilary Duff and Chad Michael Murray’s, which will always be the best!

However, I find this installment pretty good too. Plus, it’s the Christmas version, it makes it even better. It’s out on Netflix so spare an hour and 20 minutes to see an elf meeting her Santa, so you should pick a good TV and a tv arm mount to setup everything to watch these movies.

One of the most talked-about movies this Christmas starring Emilia Clarke and Henry Golding and Michelle Yeoh (who is also from Malaysia). An elf (what’s with elves this Christmas), Kate (Emilia Clarke) is recovering from an illness and seems to be failing in life until she meets Tom, (Henry Golding), a mysterious man who seems to be disappearing and reappearing whenever he likes to. He brings her ice skating, tells her to always look up and she gradually finds herself and understands the meaning of Christmas.

I was expecting a rom-com cheesy movie – messed up girl meets a handsome boy, gradually falls in love with each other and it’s a happily ever after story.

There’s a twist here. I obviously won’t say much, so go get tickets and tell me what you think! 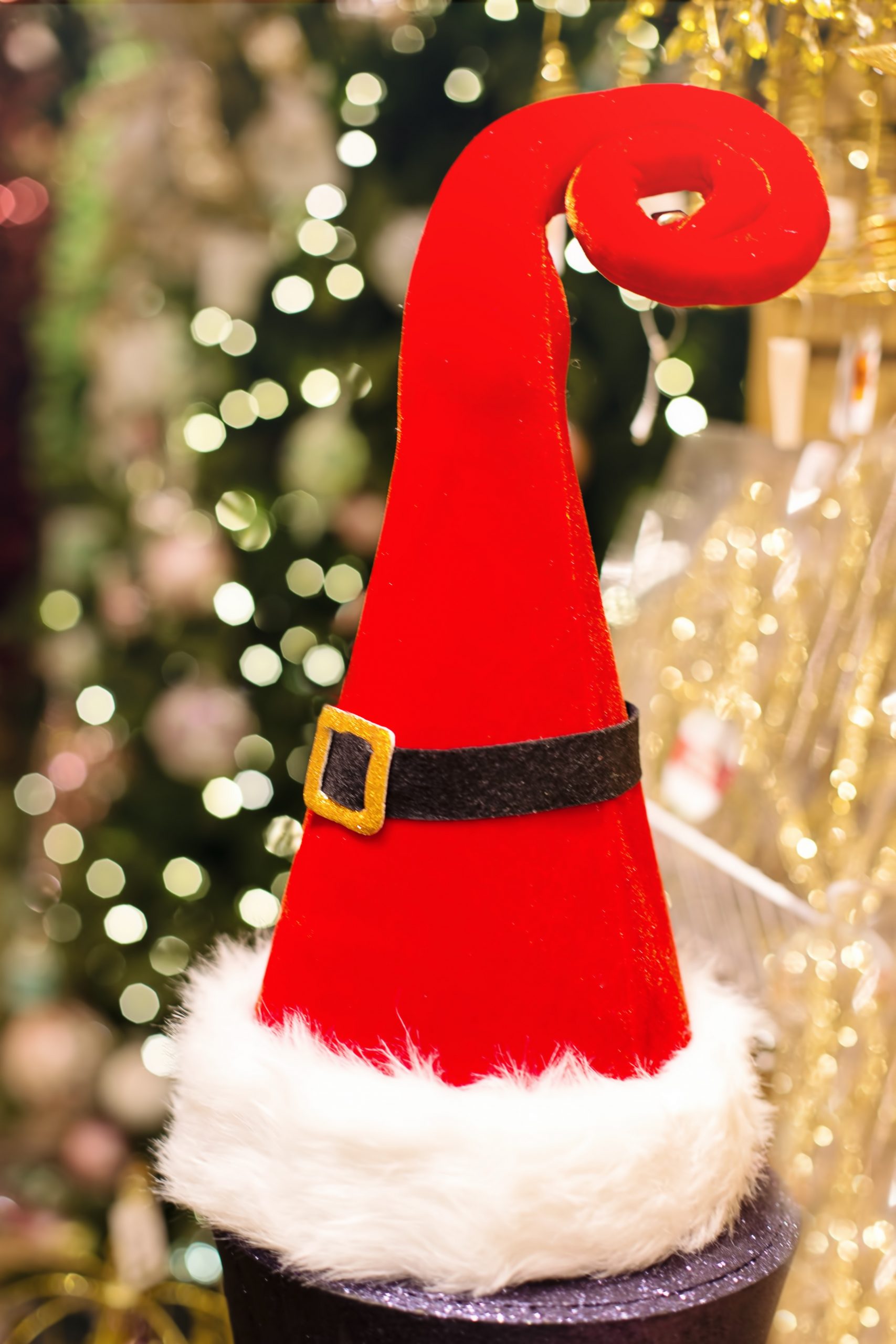 We have Sabrina Spellman in this Netflix movie! A romantic comedy film about three holiday romances which are all happening simultaneously on a single day. This movie totally reminds me of movies like New Years Eve (I love that movie!) except this time, I’m no longer a teenager.

We have Julia who is accepted to Columbia University but has her reason to be reluctant to leave for school. There’s also Tobin who has a childhood crush on Angie. And best friends Addie and Dorrie who have separate relationship problems. It’s one of the Christmas movies to watch this holiday so get your hot chocolate, cozy up and let it snow on Netflix.

This is more about a sisterly love movie and not so much about Christmas. However, it’s cold, there’s snow, magic is all around, it fits the criteria of the winter season and Christmas. So let’s just let it pass as a you-gotta-watch-it-on-Christmas-movie, yea?

And I didn’t realize Frozen came out in 2013! 6 years later and I’m still singing ‘Let It Go’ randomly as I’m walking around Manhattan with the boyfriend. I’ve even watched the Broadway show twice, in fact, I love it more than the movie. I’m sure I don’t have to explain much, you must know what Frozen is about. 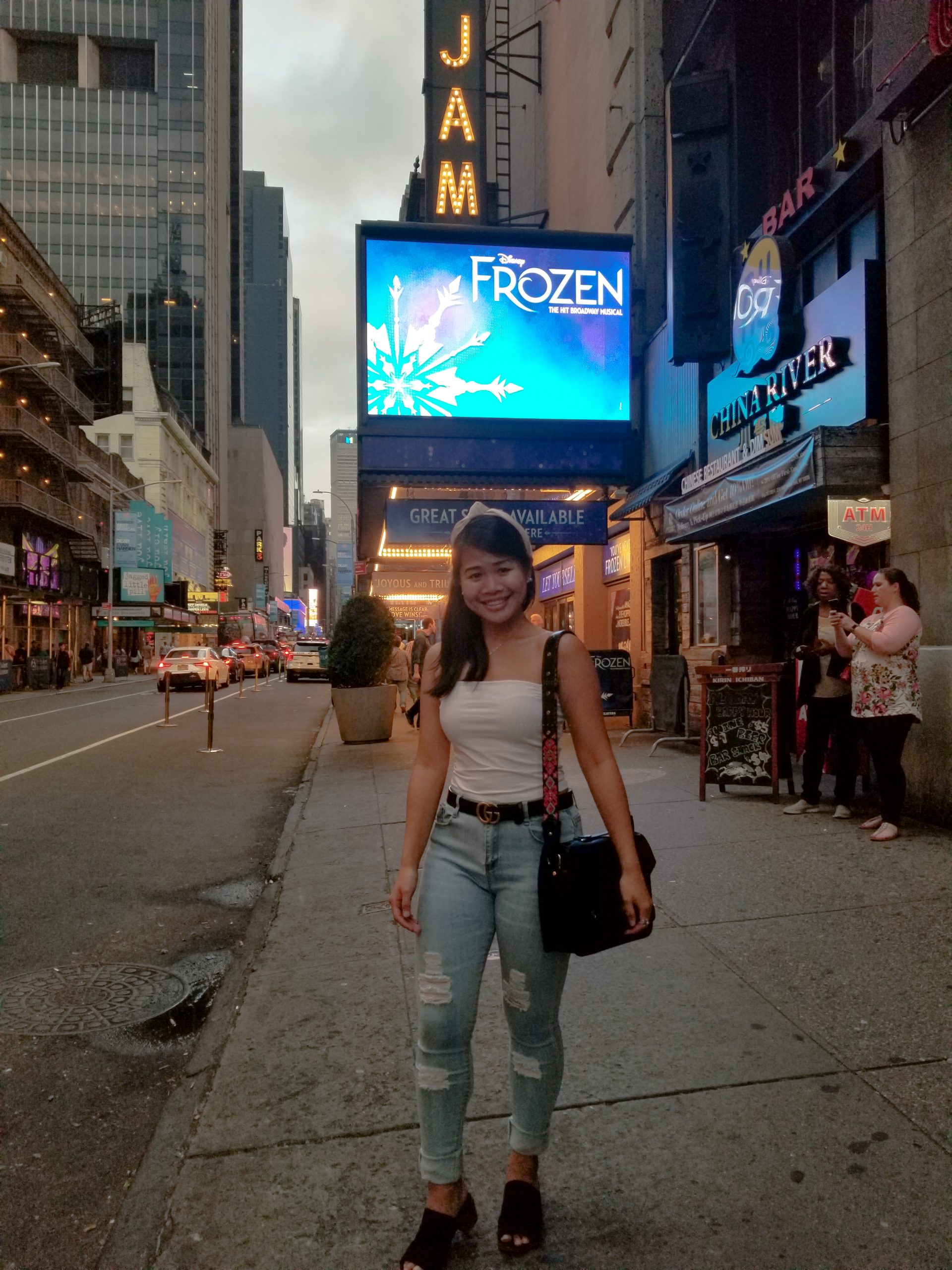 So moving on to the sequel,

Together with Olaf, Kristoff, and Sven, the Queen and Princess of Arendelle is back, kicking ass and once again, showing us that true love isn’t just between a handsome prince and a beautiful princess. The love between family, between sisters just as strong.

Elsa has a new look in the sequel, which is about Anna and Elsa’s next journey to discover more about Elsa’s powers and I’m loving it. Come to think of it, it’s not fair she gets a wardrobe change every time, what about Anna?

Frozen seems to be the Disney movie for kids but who says adults can’t love it too? I’m a little different, I’m still a kid deep down heh. I love the soundtrack of the Frozen sequel too, it’s playing in the background as I’m working on this post. What do you think, does Frozen appeal to you as an adult too?

Vanessa Hudgens: The Princess Switch and The Knight Before Christmas

The only princess that comes to mind will always be Princess Amelia of Genovia, of course. However, we now have another royal from Disney! Vanessa Hudgens is the duchess of Montenaro who looks just like a baker from Chicago in Netflix’s The Princess Switch. They switched places and ended up falling for the men in each others’ lives. There will be a sequel coming in 2020 so this holiday season is the best time to play catch up to see Vanessa Hudgens as a royal/baker once again!

On the other hand,

In The Knight Before Christmas, a medieval knight was magically transported to the 21st century to fulfill a special quest and happened to meet Brooke (Vanessa Hudgens). She’s practically given up on love after her cheating ex-boyfriend left her heartbroken. I’m sure everything happens for a reason, if her relationship with that douche didn’t end, she wouldn’t have found her knight in shining armor. You can stream this cheesy and romantic comedy this season on Netflix.

A Christmas Prince, Getting Married and Having A Baby

The fantasy royal family of Aldovia is back this season! From meeting a dashing prince back in 2017 to being a part of the royal family in 2018, now Amber is going to have a royal baby!

Of course, every royal family has challenges they have to face, Aldovia’s prince turned out to be adopted but his father, the late king, amended the law and he is actually the rightful heir. Amber came into the picture as a journalist who was sent abroad (to Aldovia) to find out the tea about the prince who didn’t want to be the next king. We all know how it ended, may Queen Amber and King Richard live happily ever after! 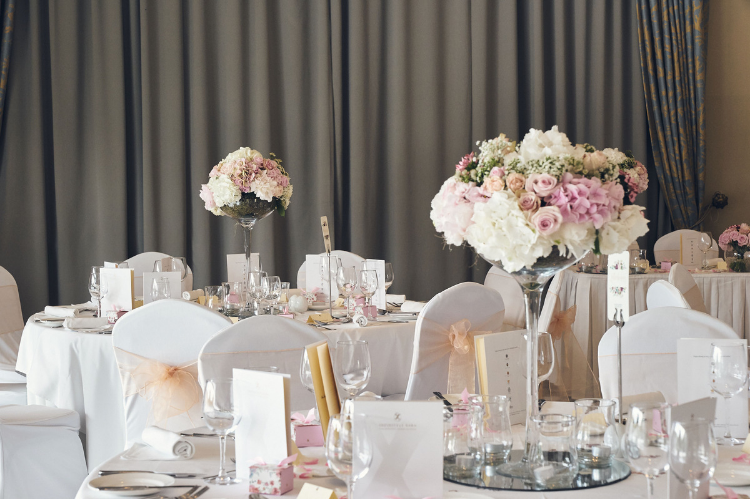 The next step into a relationship, if the couple decides to spend the rest of their lives together, is planning the wedding. Being a commoner, we have the freedom to do whatever we want and not get tied down to any protocol but as a royal-to-be, Amber can’t even plan her own wedding. Nevertheless, everything turned out well, Amber and Richard got married and we’re now expecting to watch the next phase of their relationship.

I haven’t watched the 3rd movie but I’m confident it’s going to be good and that’s why it’s one of the Christmas movies I’m going to watch this year.

Home Alone and Being Lost In New York

The first movie, Home Alone came out even before I was born wow. I must say, Home Alone is really one of the best holiday movies out there. I can never get enough of Home Alone, especially the 2nd movie where Kevin ends up in New York alone. With his father’s carry-on and credit card.

Kevin McCallister, who was mistakenly left at home in 1990 when his family planned a vacation to Paris and later, in the sequel, he ended up in New York City alone, with his father’s travel bag AND credit card. Which he later spends almost $1,000 on room service. Lesson here: never have your kid hold your wallet!

This comedy sees Kevin outwit two robbers from the first film and again, he outwitted them in the sequel, in New York City this time, while exploring the city. Extremely hilarious, I recommend watching this movie this holiday, you will definitely enjoy it!

Oh and another lesson here, please don’t leave your kids behind. Always keep an eye on them, you don’t want them going after burglars or spending a whole lot of money on room service! 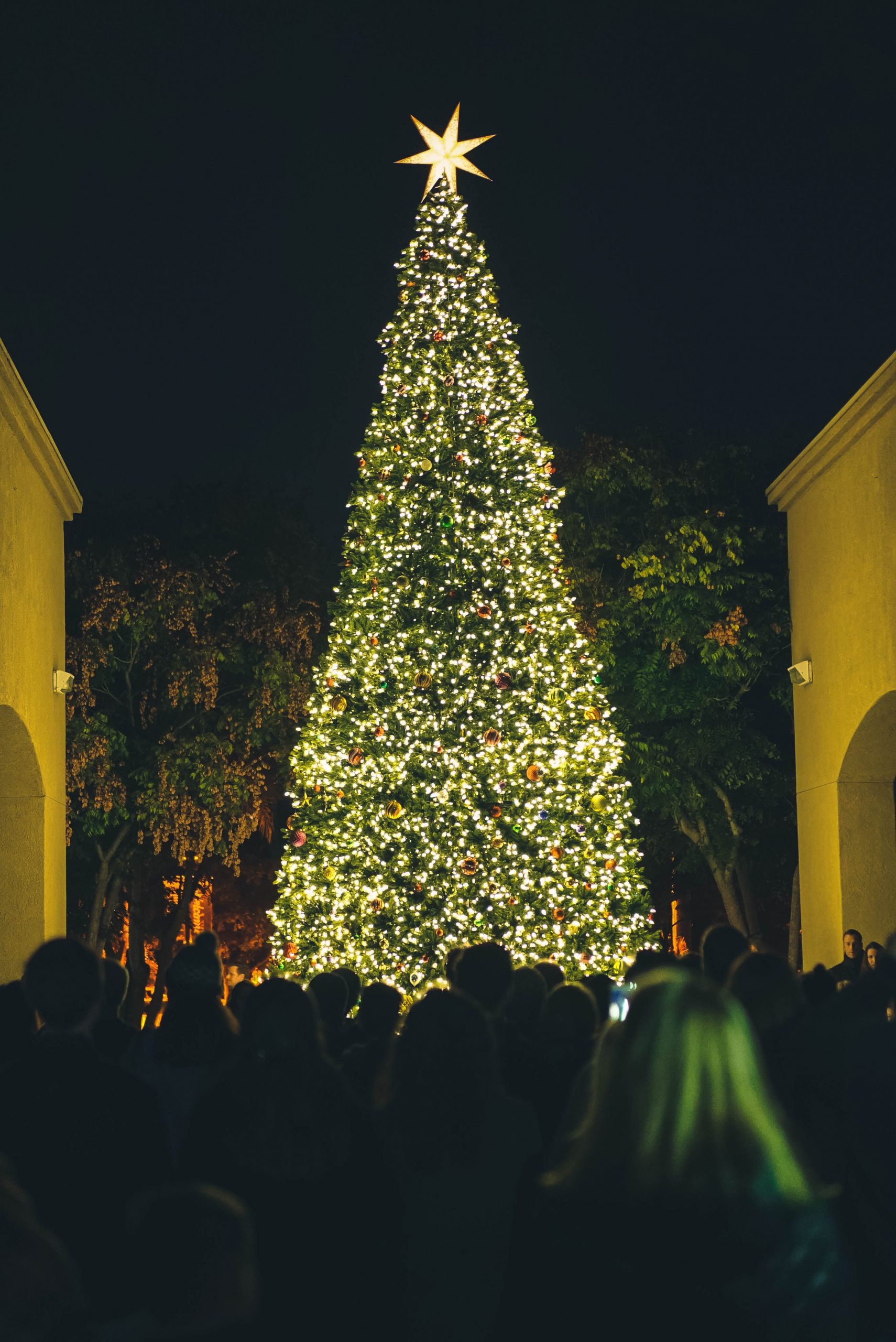 The Nutcracker And The Four Realms

Nutcracker, the Christmas ballet and it’s Tchaikovsky! When I heard there’s a Nutcracker movie, I wanted to watch it real bad.

A holiday version of Alice in Wonderland, Clara receives an egg-shaped box left by her mother. However, she couldn’t find the key to unlock the box. Hence, the journey to discover what’s inside the box begins! The realms in the movie are the Land of Sweets, the Land of Flowers, the Land of Snowflakes and the fourth realm is rather mysterious. Unlike the other three realms, it’s occupied by dead trees, mushrooms, it’s pretty much dead.

Go watch the movie (it’s currently on Netflix) if you want to find out more about the realms and Clara’s journey. The Nutcracker has definitely received mixed reviews and if you’ve watched it, I’d like to know if you like it or you don’t.

A photographer who got a magical advent calendar from her grandfather. Magical or haunted, you decide on which it is. The calendar door opens on midnight every night and reveals an item that Abby will come across in real life. This isn’t just about Abby and her calendar but also a cute holiday romantic movie.

“Can I get ‘ornaments’ on one, two, three!” – that’s how you take photographs on Christmas 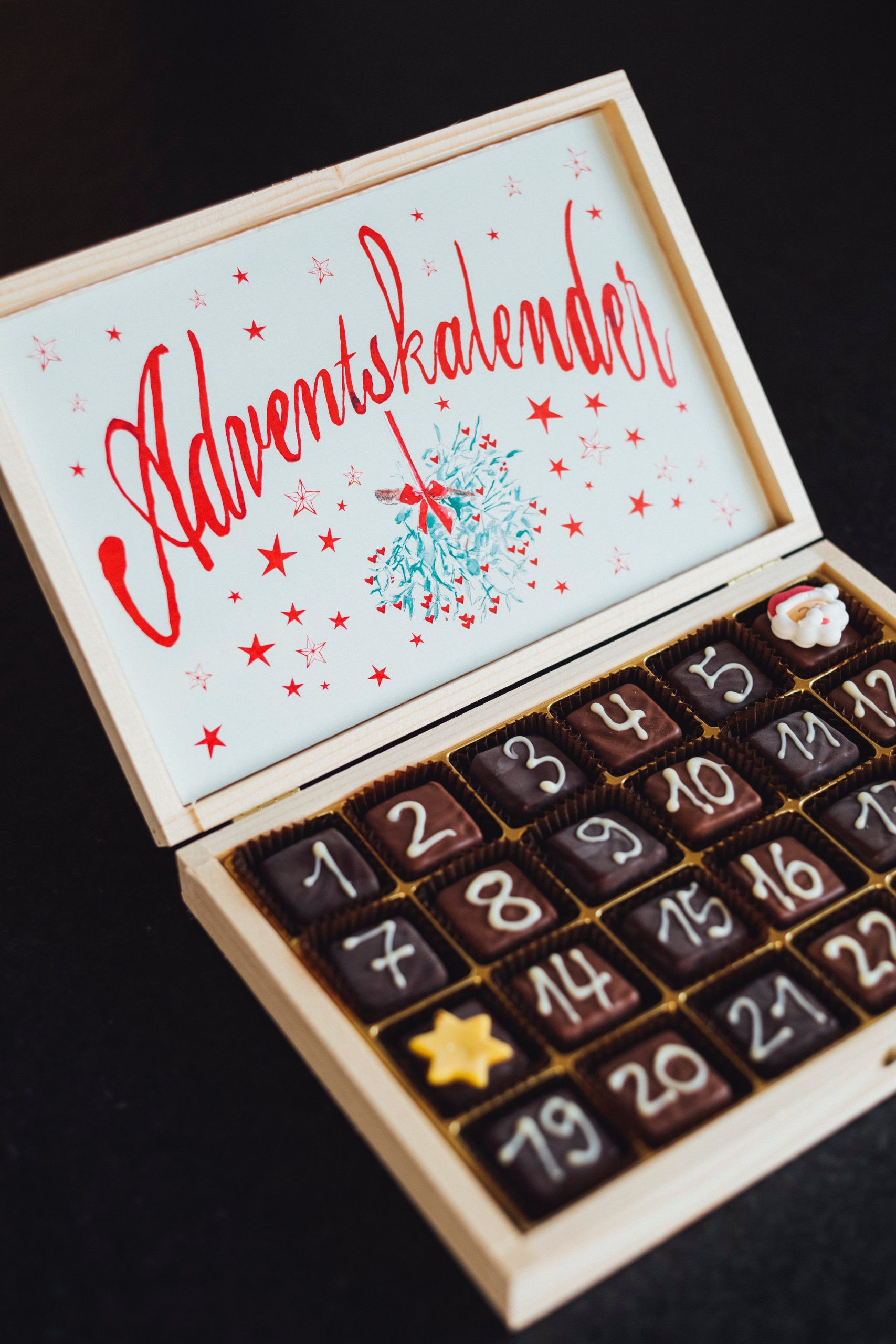 So here is my list of Christmas movies to watch this holiday season or if you want to take a break from Christmas movies, catch up on Netflix’s You as the 2nd season will be out December 26th! Also, The Marvelous Mrs. Maisel S3 was released at the beginning of the month and I highly recommend watching it too, I’m pretty sure you’ll like it! 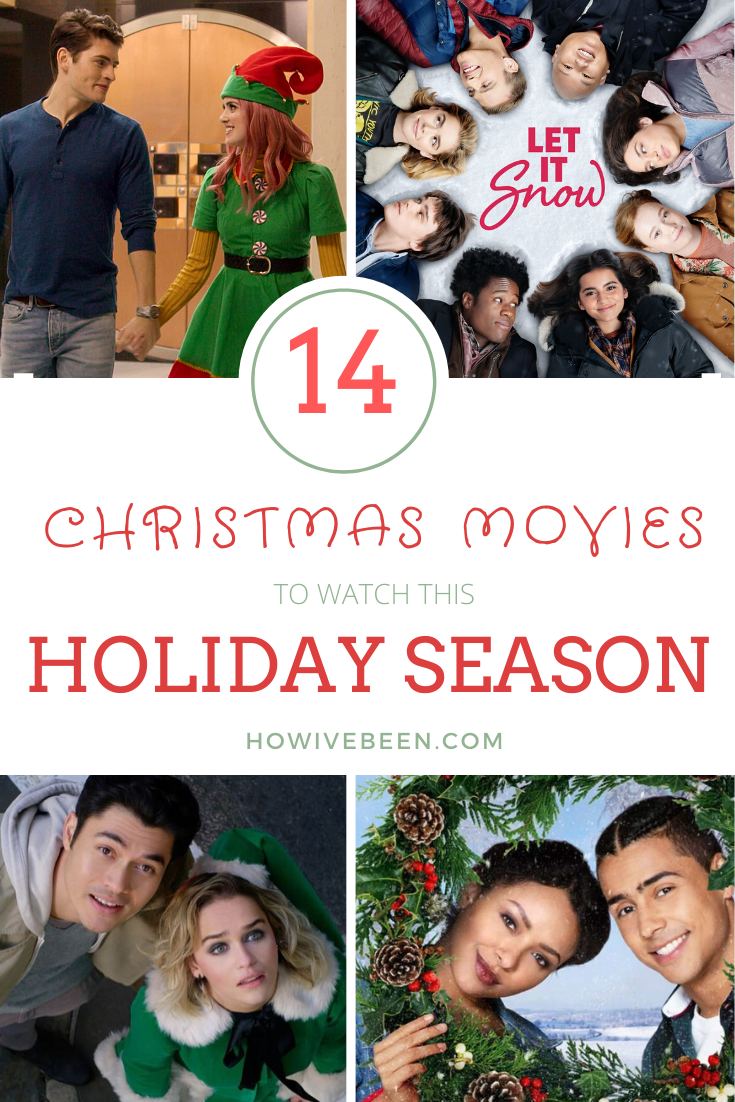