Christmas and New York City just spells beautiful. I’m ashamed to tell you that for the past month, I’ve only been seeing the beautiful decorations on Instagram. So I planned a day to look around New York City from the eyes of a tourist. It was definitely fun and frustrating at the same time.

Also, I think it’s unfair to show you pictures of me smiley and doing touristy things, you have the right and privilege to see this face of mine being stuck in the crowd and everyone rushing for an empty spot for pictures. And the people behind/beside me, that’s not even close to the amount of people I had to deal with.

That’s enough. Putting back on my smile from here on for all my pictures! (: 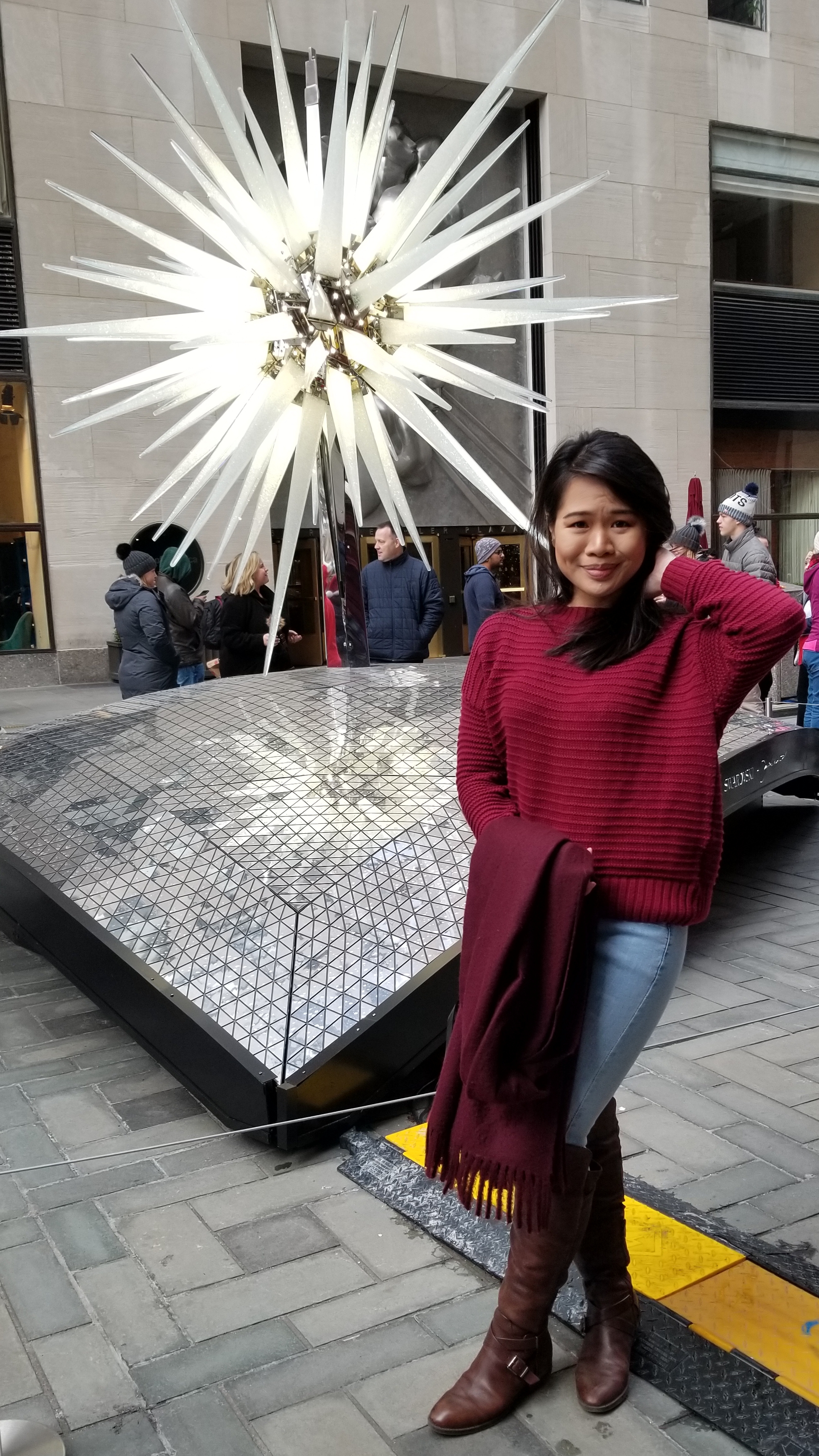 was insane. Insane. (Insane)^2. Ok, way too extra now. You get the point. There were so many tourists but it seems like I took the most pictures here. Couldn’t help it, it’s way too pretty!

And since I couldn’t get a picture with the huge tree, I’ll just settle for a small one. And I could even touch the ornaments on this tree! 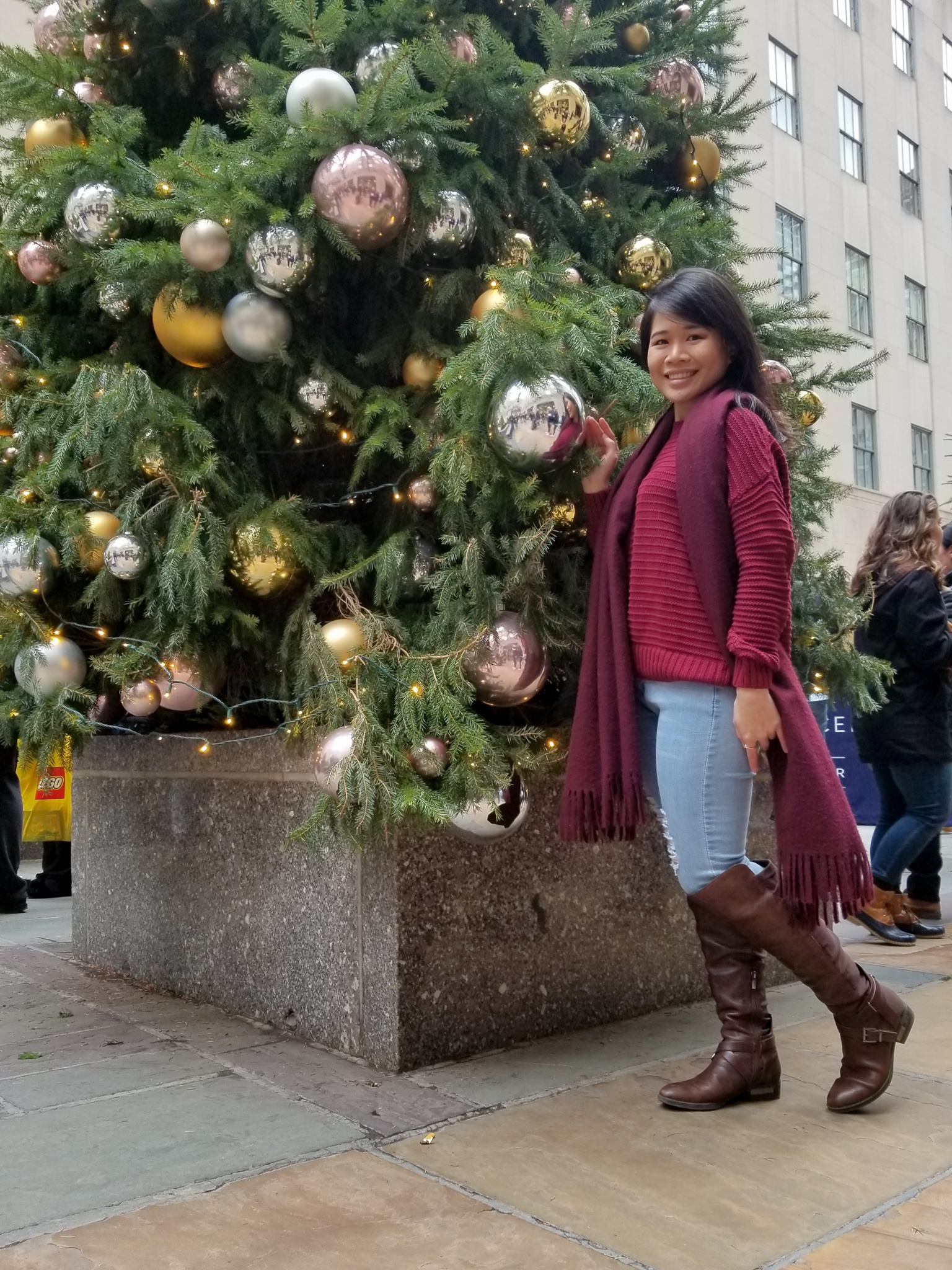 Don’t forget to count ice skating rinks too! I don’t remember the last time I went ice skating, probably in.. 2014? I really want to try it again but the amount of people I see at the rink scares me. The line is way too long, I’m not sure whether it’s really worth it. 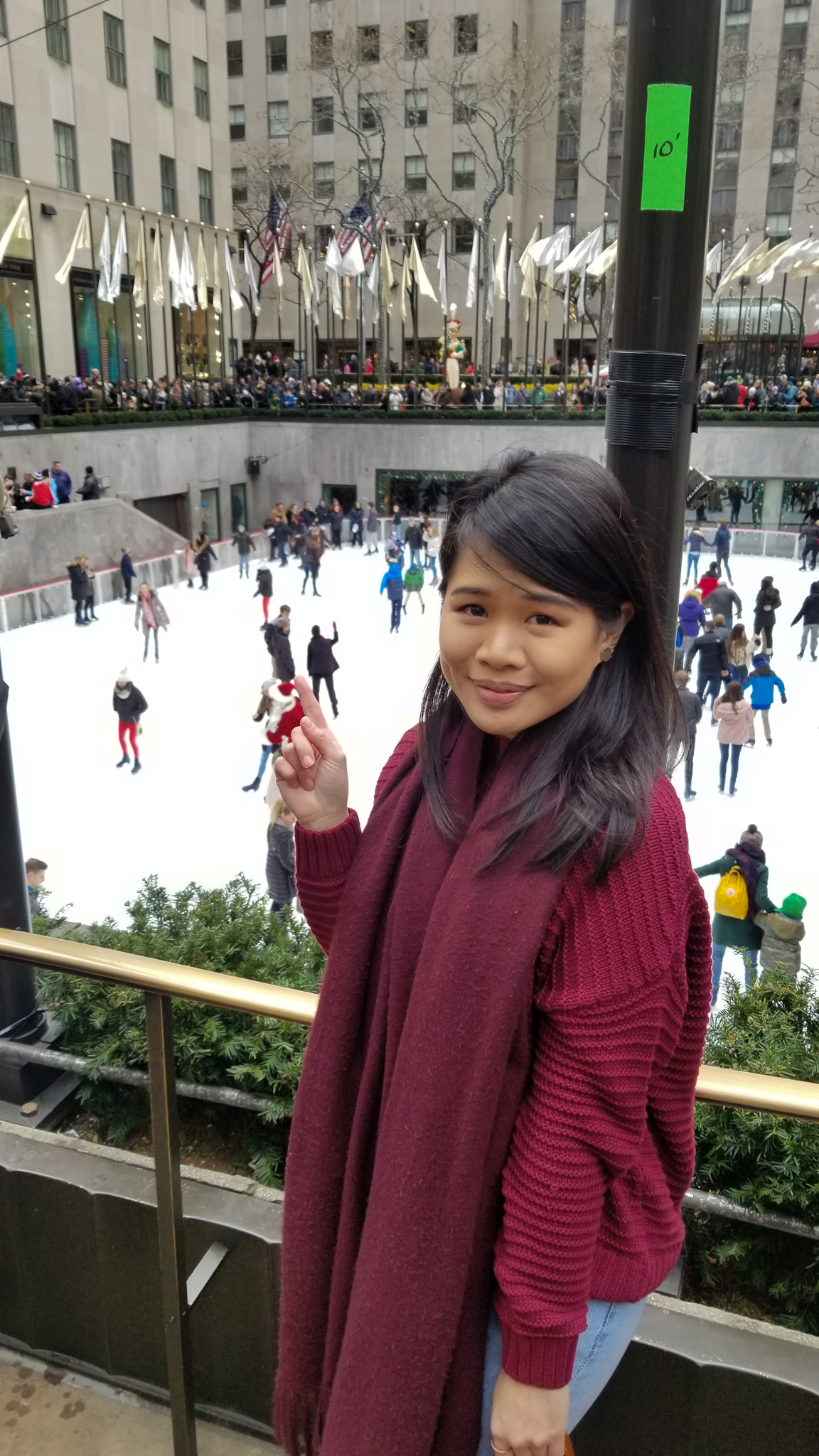 Home of The Rockettes. Which is an amazing show by the way, watch it if you haven’t! I can’t describe the show.. was just so impressed by their famous eye high kick and the toy soldiers! 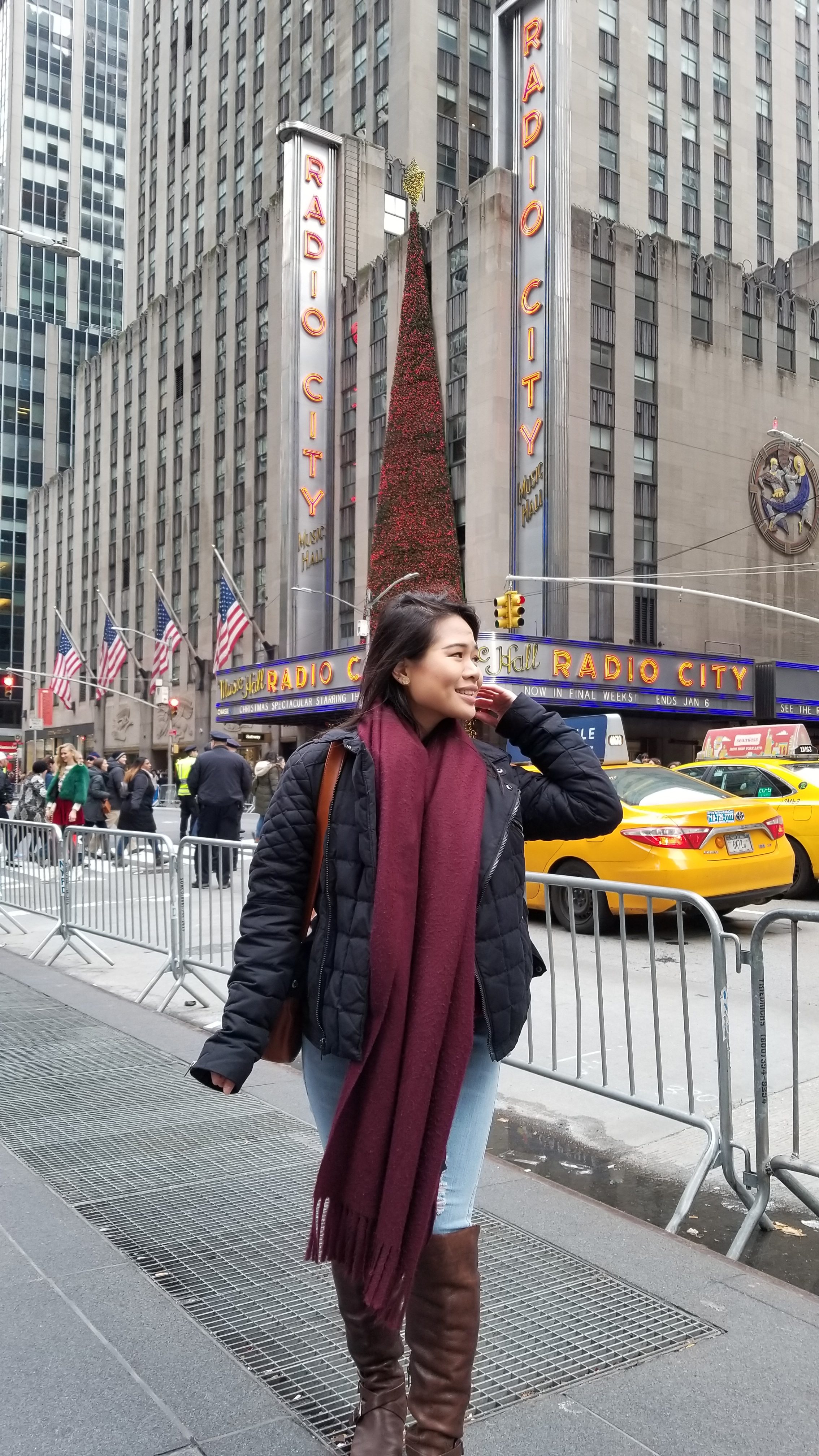 Here’s a sweet kiss for ya! 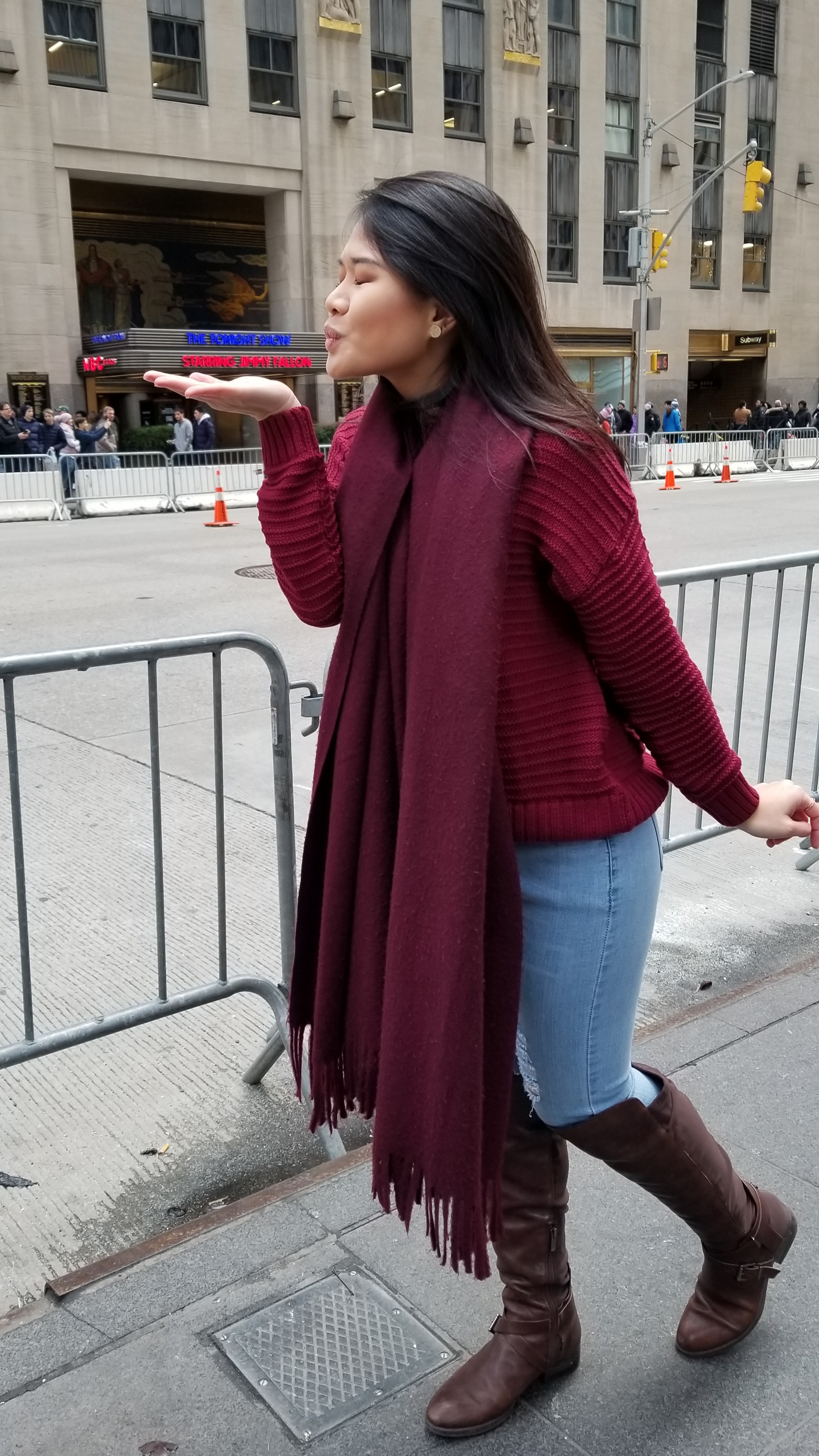 This was unplanned but I’ve been a tourist in NYC (tourist, for real) and I was really excited to see the HBO store. So this relates. What caught my attention was the “up to 60% discount” sign on the window but when I stepped in, it was pretty disappointing. To me, at least. However, I did leave the store with something *wink 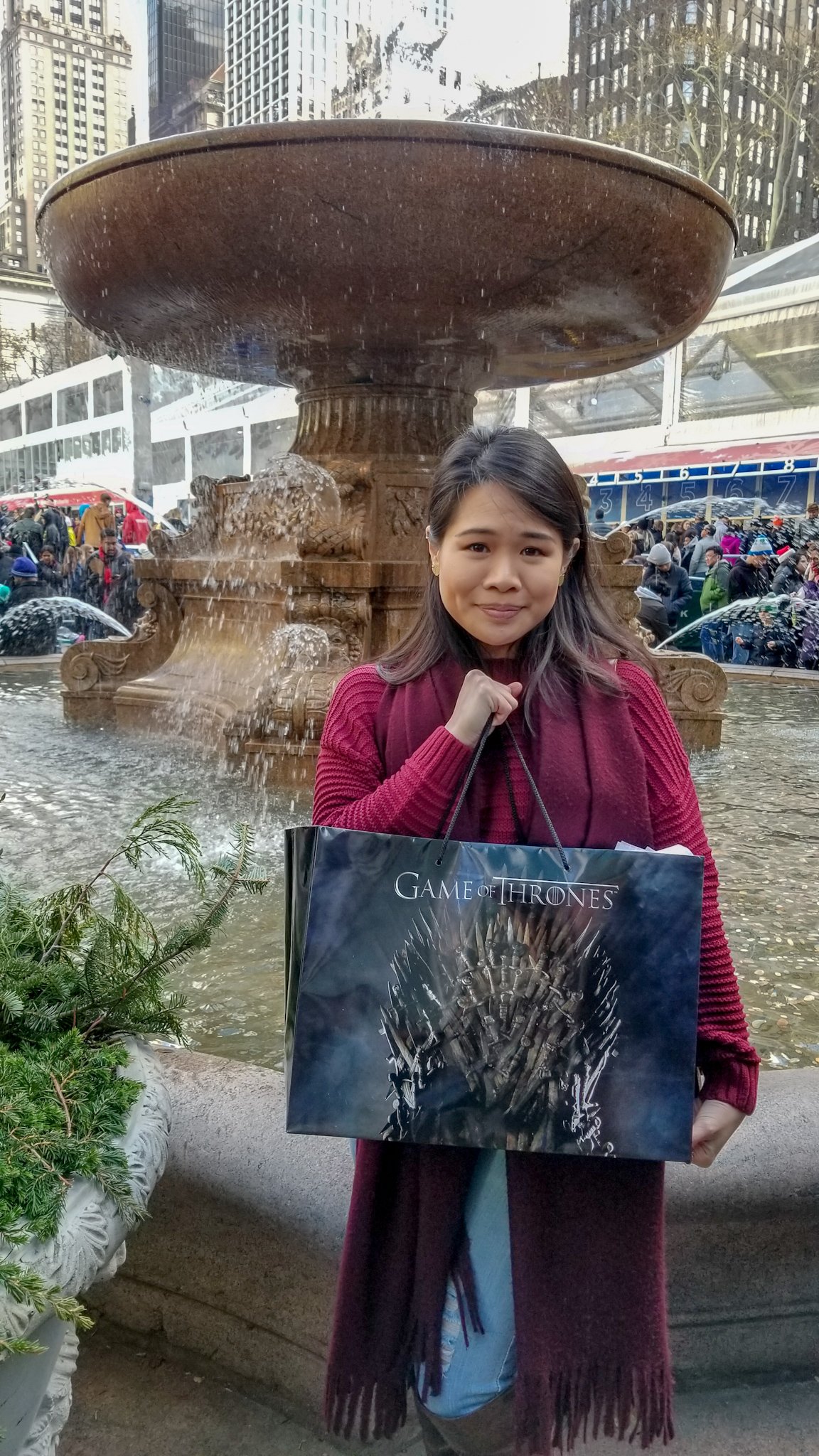 I hope you’re curious what’s inside the bag. But really, I was more excited of the bag than what’s in it. Isn’t it pretty with GoT on it. Ugh, can’t wait for the final season now.

Yes, Bryant Park. It was SO crowded I couldn’t take any good pictures.

People sitting at the edge of the fountain, please taking selfies, people just trying to pass through.. this fountain is seriously packed. Oh, and I forgot, people throwing coins in, making a wish to meet their prince this Christmas. Here’s Bryant Park’s very own Trevi Fountain.

I did my best softly squeezing my way through to get a shot, it’s probably not the best but it’s got the two most important things in it. And it’s a must to include this picture in this post. 1) Christmas tree and 2) ice skating rink. 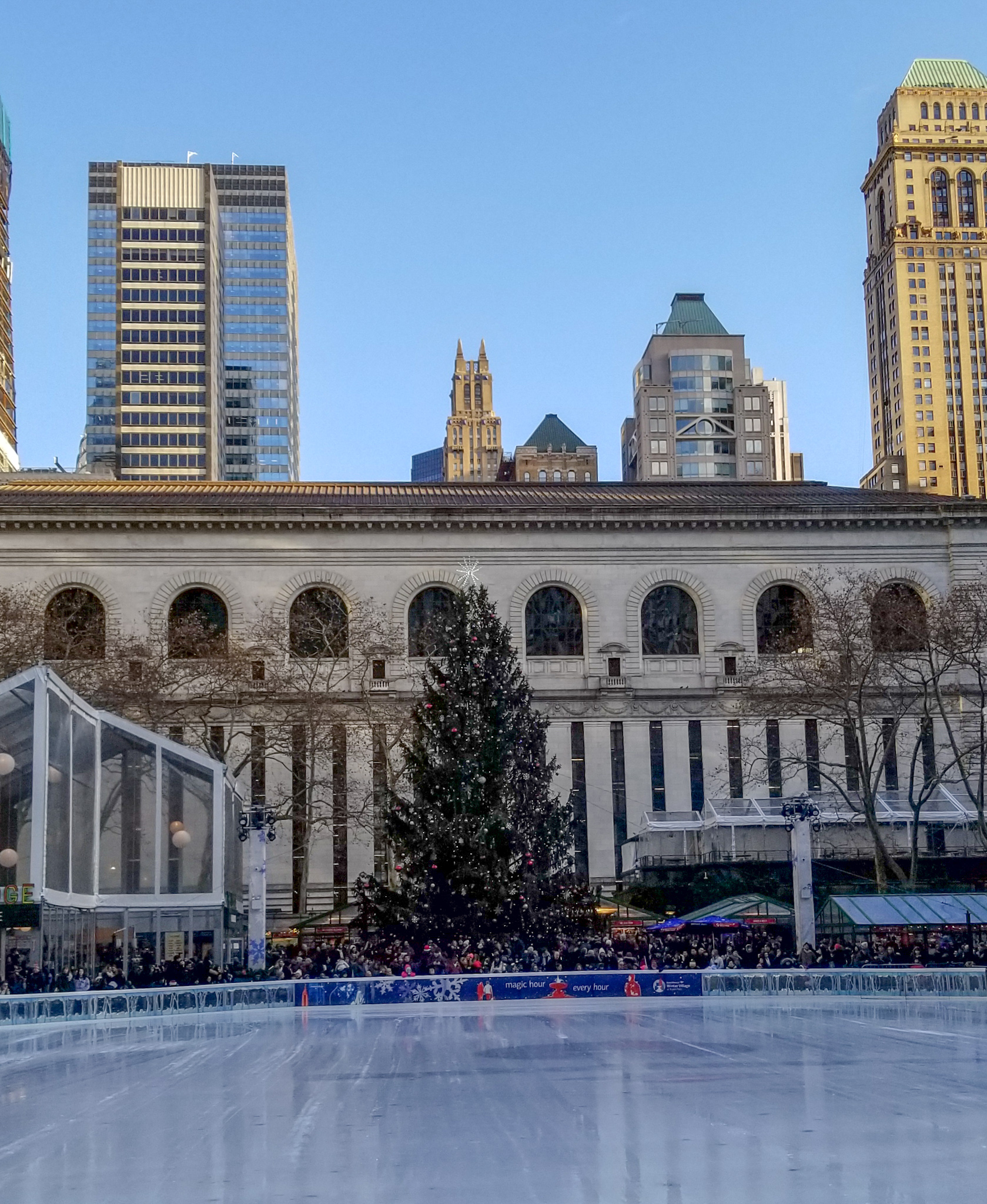 I don’t think this is uncommon, joining a Meetup group when you’re in an unfamiliar city. The positives: getting to meet new people, no need to wander around the city alone, might learn a thing or two depending on the organizer, learn more than a thing or two when meeting locals who join the group. And who knows? You might grab dinner together after the event and stay in contact for the next 10 years! All thanks to this app. 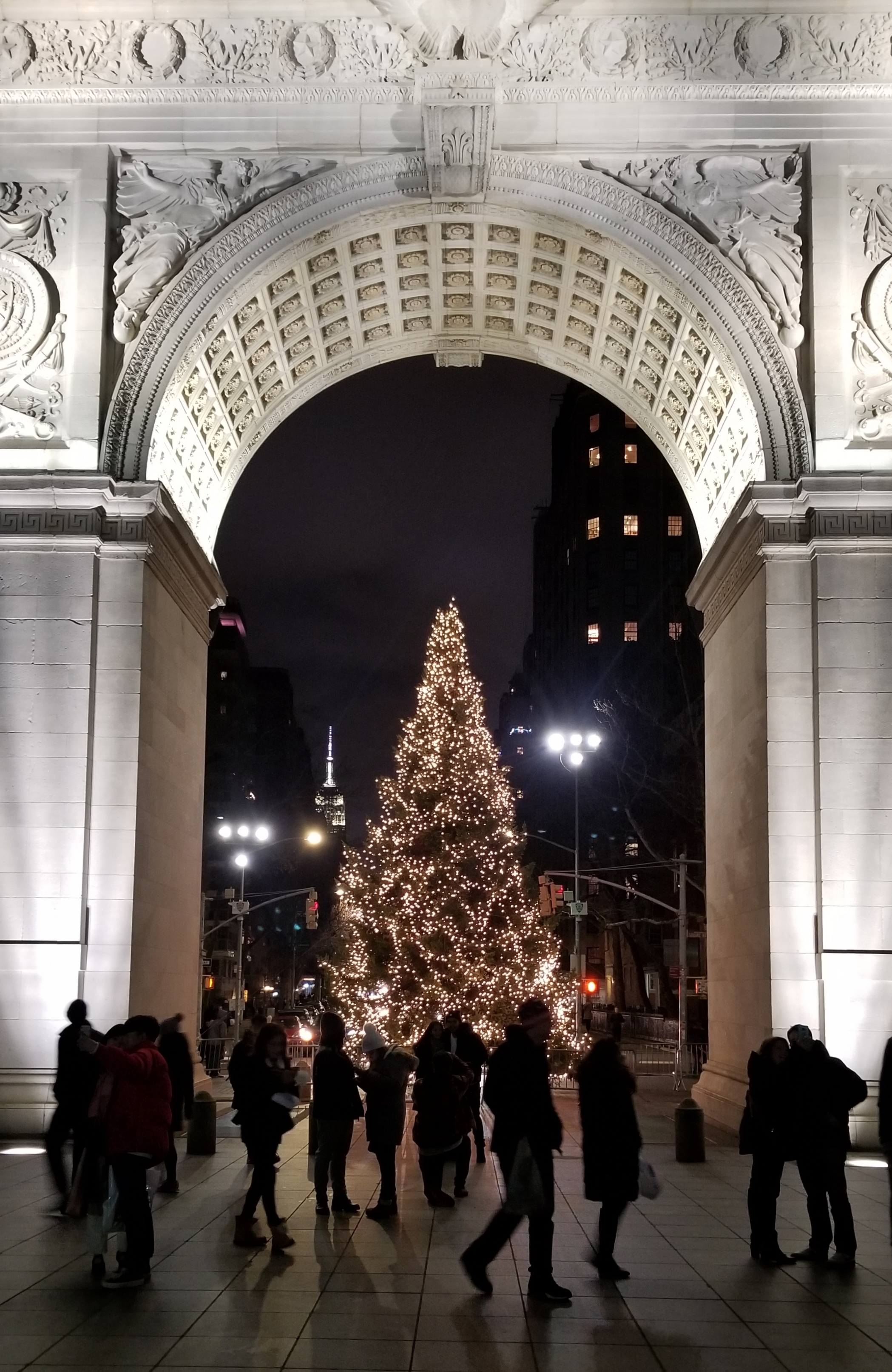 This meetup was to.. honestly, I don’t even know where we were going. We stopped at a couple of dessert places, which was part of the itinerary and after that we just stopped at Washington Square. Despite that, had a few conversation with some other people and it’s just nice to meet other human beings out there. Some who don’t even live in the city.

So that’s the story on how I ended up at Washinton Square, looking at another Christmas tree. Are you counting, by the way? Still following me?

I love Union Square, every season of the year, there’s always something that lures me back. Markets. All you need is a market to lure me back.

I usually don’t shop here, I prefer just hanging around, checking out the vendors and shops there. There’s also something about Christmas markets that enhances the Christmas vibes around us. Especially when I see hot chocolate, it makes me warm and fuzzy on the inside. 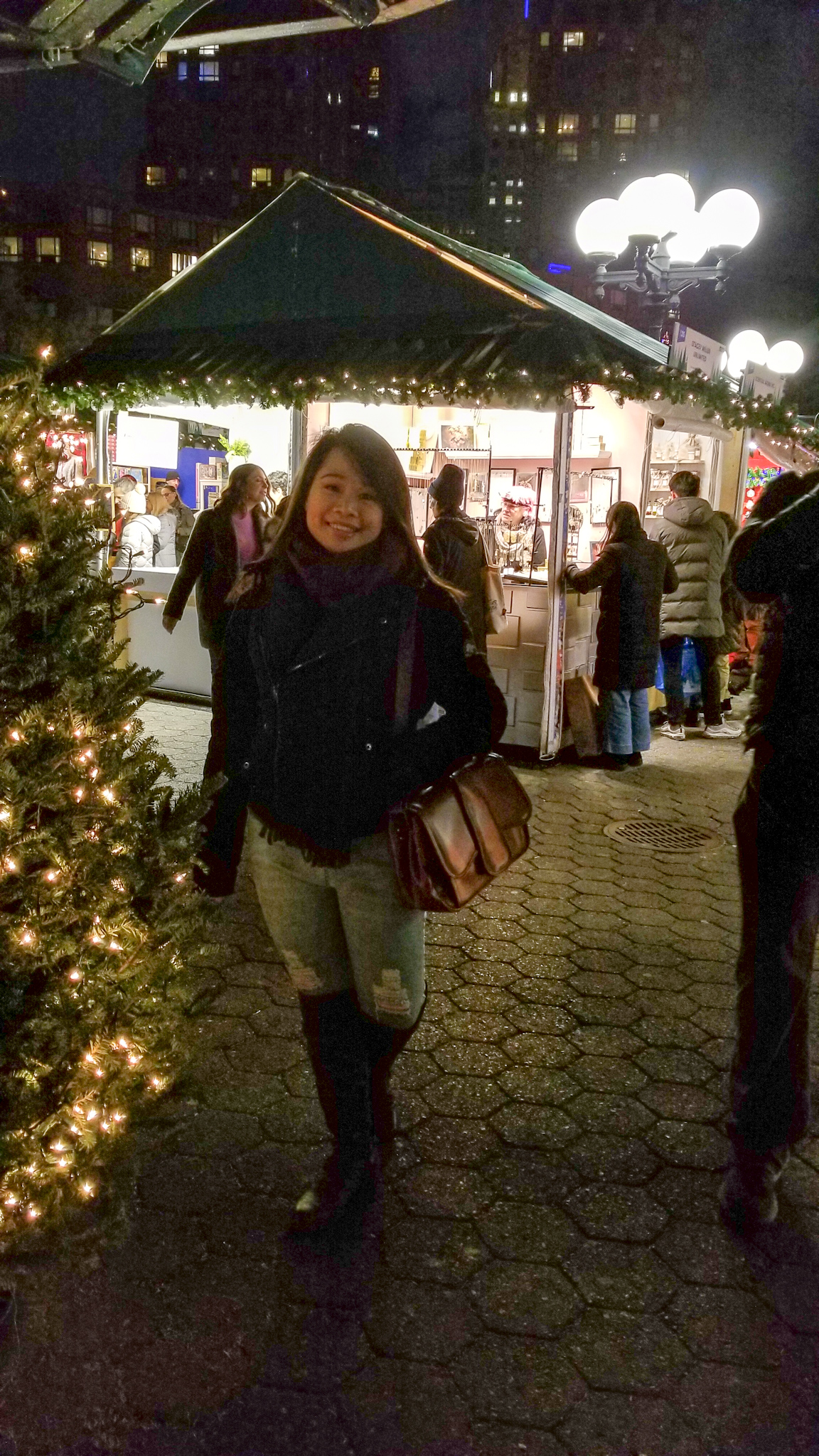 ended before I knew it. Window displays from Macy’s and Saks are gorgeous. The decorations in the department stores will blow you away and there’s so much more. Lesson here is that I should keep my eye out for the Christmas decorations right after Cyber Monday.

How’s the holiday season and Christmas preps going for you? For me, staying in to watch Friends – the Christmas episodes, of course on my couch and tv is enough. Not asking for more, just a chill night in.