Amazon definitely brought us back in time, to NYC in the 1950s, introducing us to a woman who discovered her talent for comedy. Mrs. Miriam (Midge) Maisel is the woman you want to be in the late 1950s. A perfect husband, 2 young kids and looking gorgeous all day every day living in a fancy apartment in New York City’s Upper West Side. If you haven’t watched The Marvelous Mrs. Maisel which swept the Emmys in 2018 along with multiple awards, you’ve got less than a week to binge-watch the first two seasons on Amazon Prime! And Thanksgiving holiday is just around the corner so you’ve got plenty of time to catch up! Trust me, it’s definitely worth your time. 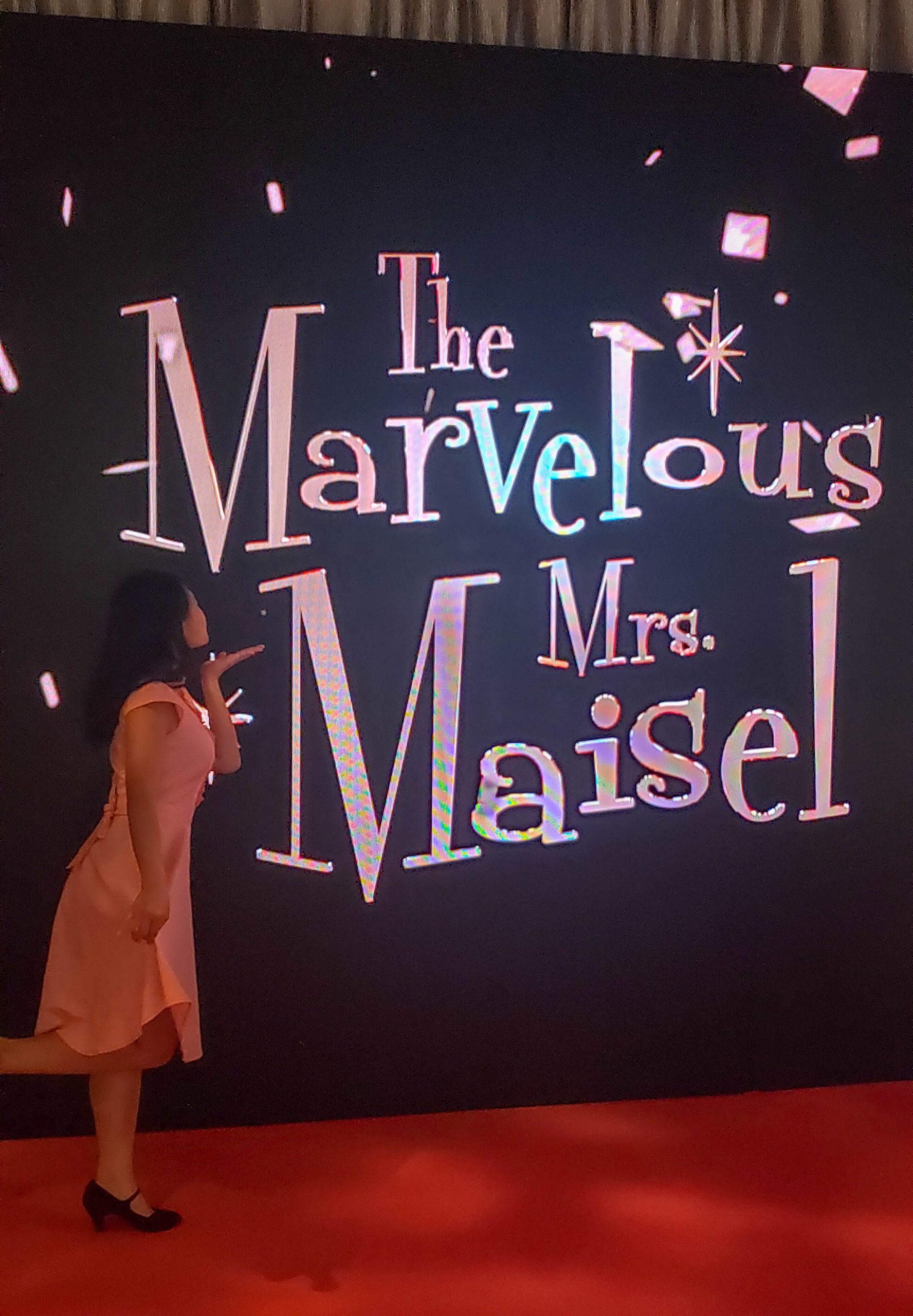 Rachel Brosnahan did such an incredible job portraying Mrs. Maisel. I totally admire her and her character who has such a great sense of humor. Not knowing she’s got a talent for comedy, she’s been helping her husband get gigs and giving him a chance to shine on stage. Joel cheating on her wasn’t exactly a bad thing as it served as a turning point for Midge and her career.

Alex Borstein who plays Midge’s manager, Susie. The emcee of Gaslight, after seeing Midge unleash her talent on stage, they then started working together on Midge’s new life – a comedian. Susie and Midge are the total opposite, Midge was brought up in a luxurious lifestyle. Susie, on the other hand, was raised to fend for herself. It’s really nice to see that over time, Susie is letting herself forge this friendship with Midge. 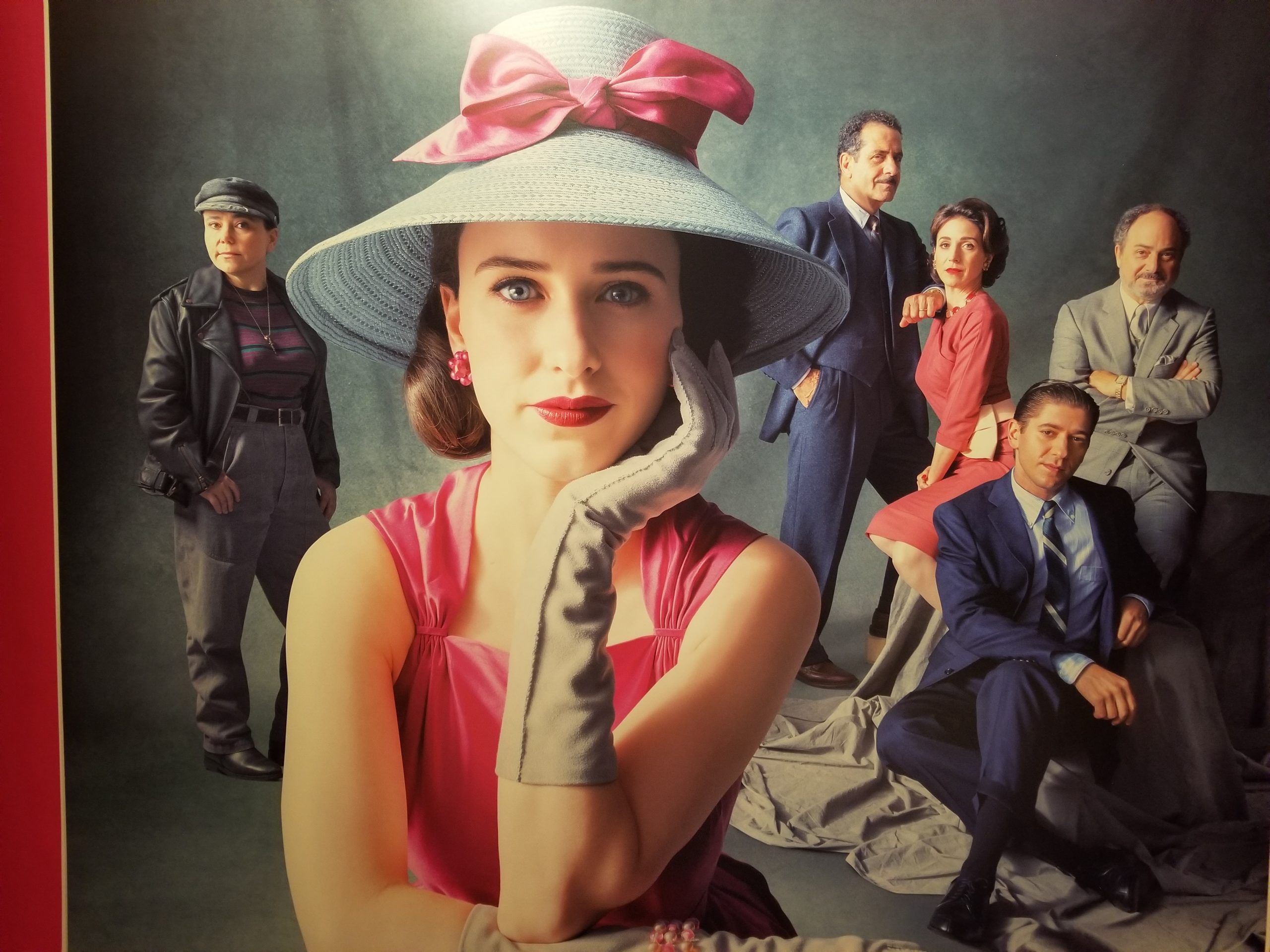 A Columbia mathematics professor, Abe who is portrayed by Tony Shalhoub is one of my favorite characters in the show. I loved everything about his character from his piano to his absolutely hilarious dynamic with Midge. Abe stood out more in this comedy in S2 when the family was at Catskills.

Marin Hinkle who plays Midge’s mom, Rose. The elegant and confident mom who is such a mom. Okay, I don’t think that made sense. She cares deeply about her appearance and of course, her daughter’s too. I love the scene where she and Midge were going through their wardrobe, packing for Catskills.

Of course, we can’t forget Joel (Michael Zegen). He really ain’t my favorite character, duh. We got to thank him for bringing out the real Midge and having her realize she’s truly talented. Joel is pretty much written as the villain or the enemy but based on the ending of S2, it seems like Joel’s not exactly going to be back as the bad guy in S2. We’ll see.

I love the 1950s – pin curls, red lipstick, diners, switchboards, and corded phones. The Maisel team really did a great job not just creating Midge’s style and fashion but also bringing us back to New York City 60 years ago. Watching The Marvelous Mrs. Maisel, I felt like I went back in time and I wish I could’ve seen NYC back then.

Midge’s style is the style that I’ve always wanted to pull off. Her classic red lips, pin curls worn by women in the 1950s like Jackie Kennedy, Marilyn Monroe, gloves and bonnet. Head accessories in the 1950s are just beautiful.

Jumping back to 60 years ago, the Maisel team created New York City based on their imagination and elimination of different parts of the city. In S1, Midge worked at a perfume counter in B. Altman’s which closed in the 1990s. You can also actually enjoy pastrami at Carnegie Deli back then. Unfortunately, Carnegie Deli has closed it’s landmark NYC restaurant a few years back. The Gaslight Cafe existed until 1971 and it’s quite a legendary spot in Manhattan back then.

Midge definitely has high expectations of her physical appearance

She measures her thighs and actually notes her measurements down. And what does she do with it? Analyze her data? Midge looks gorgeous after having 2 kids, what more does she want?

Not only that, in episode 1, you see Midge going to bed with her husband IN her make up. She then waits for her husband to drift off to sleep THEN head to the bathroom to remove it. I always fall asleep right before my boyfriend so I definitely won’t be able to do that. Not only that, she gets up BEFORE her husband does to put on makeup.

Joel, the wannabe comedian had a supportive wife who would get him opportunities to perform unoriginal jokes at Gaslight where Susie is the emcee. Baking pies and carrying a notebook to observe and analyze, she’s literally the best and most doting wife. Midge is the type that collects data and analyzes them all day every day.

After catching her husband cheating on her with his secretary, Midge did what a normal person who just got cheated on would most likely do. She got drunk and ended up at the Gaslight Cafe. Standing behind the microphone, she shared with the crowd how difficult it is to be who she is and in this drunken comedy bit, we see how talented and original she is as a comedian.

The 1950s shows us that women back then work ten times as hard as their male peers. And this is the difficult and challenging path Midge chose along with Susie. It’s great that Midge has people around her – Lenny Bruce, telling her how amazing she is and supporting her. I’d be truly grateful to have people around me supporting me even though it’s going to be a difficult path and decision that I chose.

I want to watch both seasons again because it’s just so good!

Saying this again, Amazon did an amazing job with The Marvelous Mrs. Maisel and it’s absolutely worth your time watching both seasons if you haven’t. S3 will premiere on Dec 6 and in this season, Midge will be going on tour! Hope the trailer for S3 will get you started on S1 and S2 if you haven’t!

My name is Mrs. Maisel, thank you and good night! – Midge Maisel

Tags: new york city, tv show
Share
PREVIOUS« I Signed Up For My First Half Marathon Even Though I Hate Running
NEXT14 Christmas Movies To Watch This Holiday Season »