It’ll be Malaysia’s National Day on the 31st of August.. MERDEKA! Yes, that’s the Malay word for independence or free. To those who are unfamiliar with me, I’m from Malaysia – Kuala Lumpur, to be exact. In this post, I’m really excited to share a few things about Malaysia.

Malaysia is composed of Peninsular Malaysia aka West Malaysia and East Malaysia (on the island of Borneo). Lying on the north of the equator, it’s hot and humid throughout the year in Malaysia. If you’re wanting to visit, be prepared, the average temperature is 27 Celcius (80 Fahrenheit) but with global warming, it may be hotter than that.

The country’s majority of the population are Malay, then the Chinese and Indians, and of course, we cannot forget the indigenous people. the original people of the land. As we have all been living together for generations, not only have each culture and tradition has been maintained but also blended together to form a unique heritage of Malaysia.

There’s just so much about my country and its history and how the Malays, Chinese, and Indians settled down in the past, it’s exciting and interesting and this post will never end… So let’s move on.

English, Mandarin, Malay, Cantonese, Hakka, Hokkien, Tamil etc. That’s what we speak in Malaysia. No, I don’t speak all but I do speak English, Mandarin, Cantonese and Malay. The beauty of this country is blending together different languages and dialects and we’ve got Manglish (Malaysian English) for you.

I tell my coworkers in NYC that even though we speak English in Malaysia too, no one else can understand our English, both our grammar and accent is unique. A few words that I often use with my friends:

Lah – come to think of it, this word has no meaning and is used for everything and nothing. Eg. “I want to go home lah”

Bojio – common among the Chinese, this is the Hokkien word for “why didn’t you invite me”. Eg. “You’re going to watch Crazy Rich Asians?! Bojio la!”

Sian – also common among the Chinese, it’s a way of expressing you’re bored. Eg. “Sian, I have nothing to do on Saturday.”

Or not – denotes either a positive or negative response to a question. Eg. “I want to go shopping, can or not?”

Already – yes, it’s English but it’s used differently in Malaysia. Instead of asking “Have you eaten?”, it’s phrased “Eat already or not?”. And the answer shall be “Yes (or no) lah!”

Fascinating, huh? Learn some of the Manglish words when you’re visiting, I promise you, it’ll help.

Before I left for the United States, I did some exploring on my own and discovered parts of the city that I’ve never visited before, both as a local and a tourist. 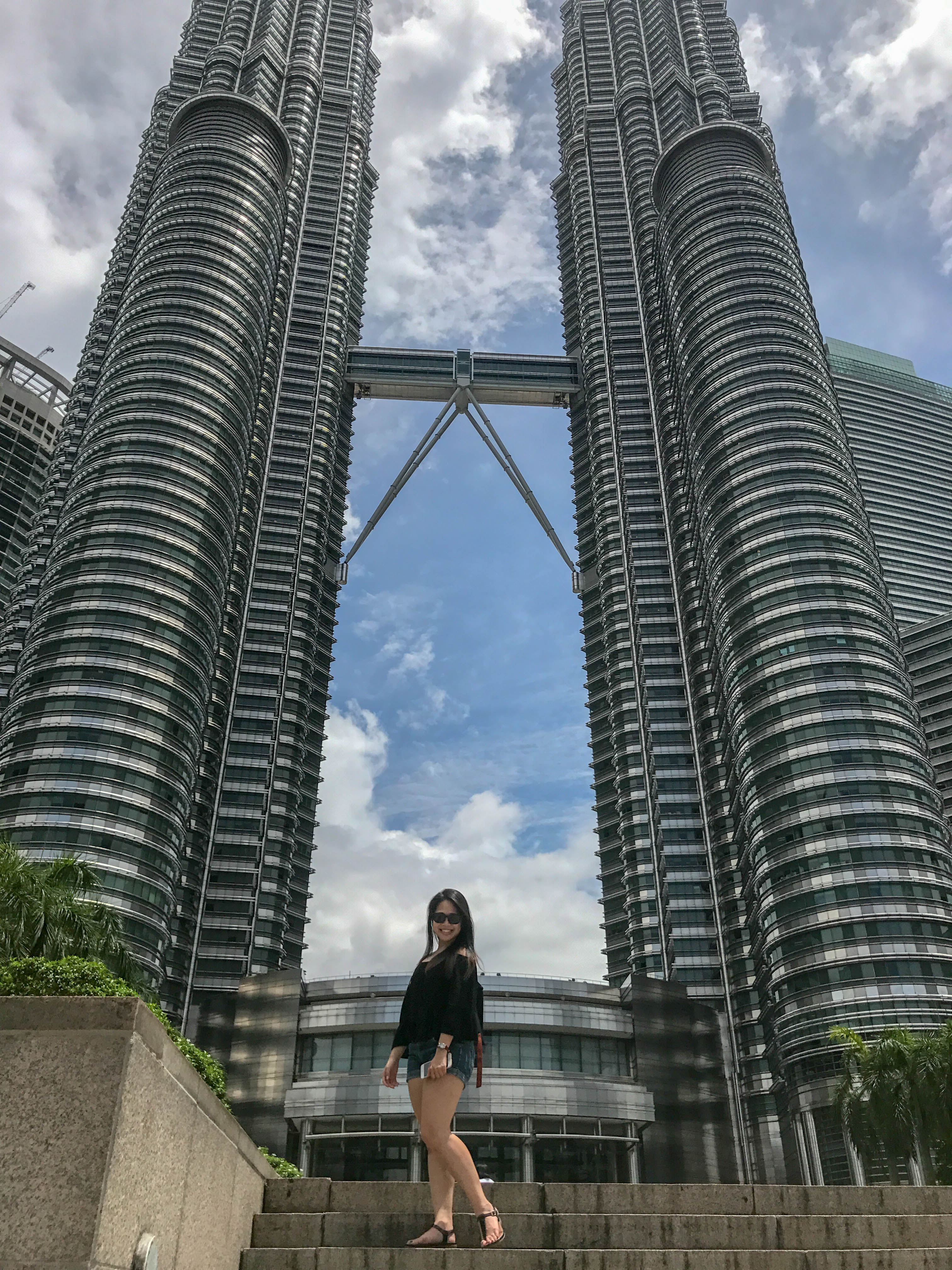 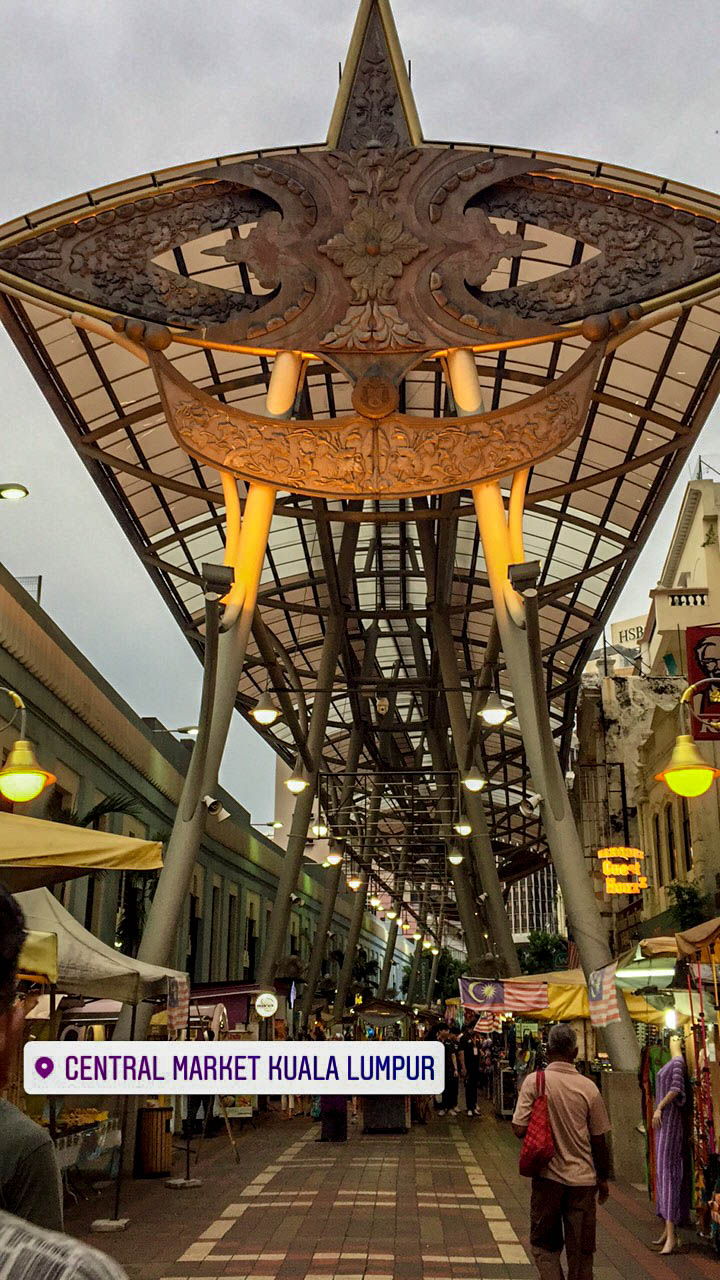 This literally translates to “stone cave”. Batu Caves is dedicated to the Lord Murgan and is the most popular shrine outside of India and is popular amongst the locals and tourists in Malaysia. 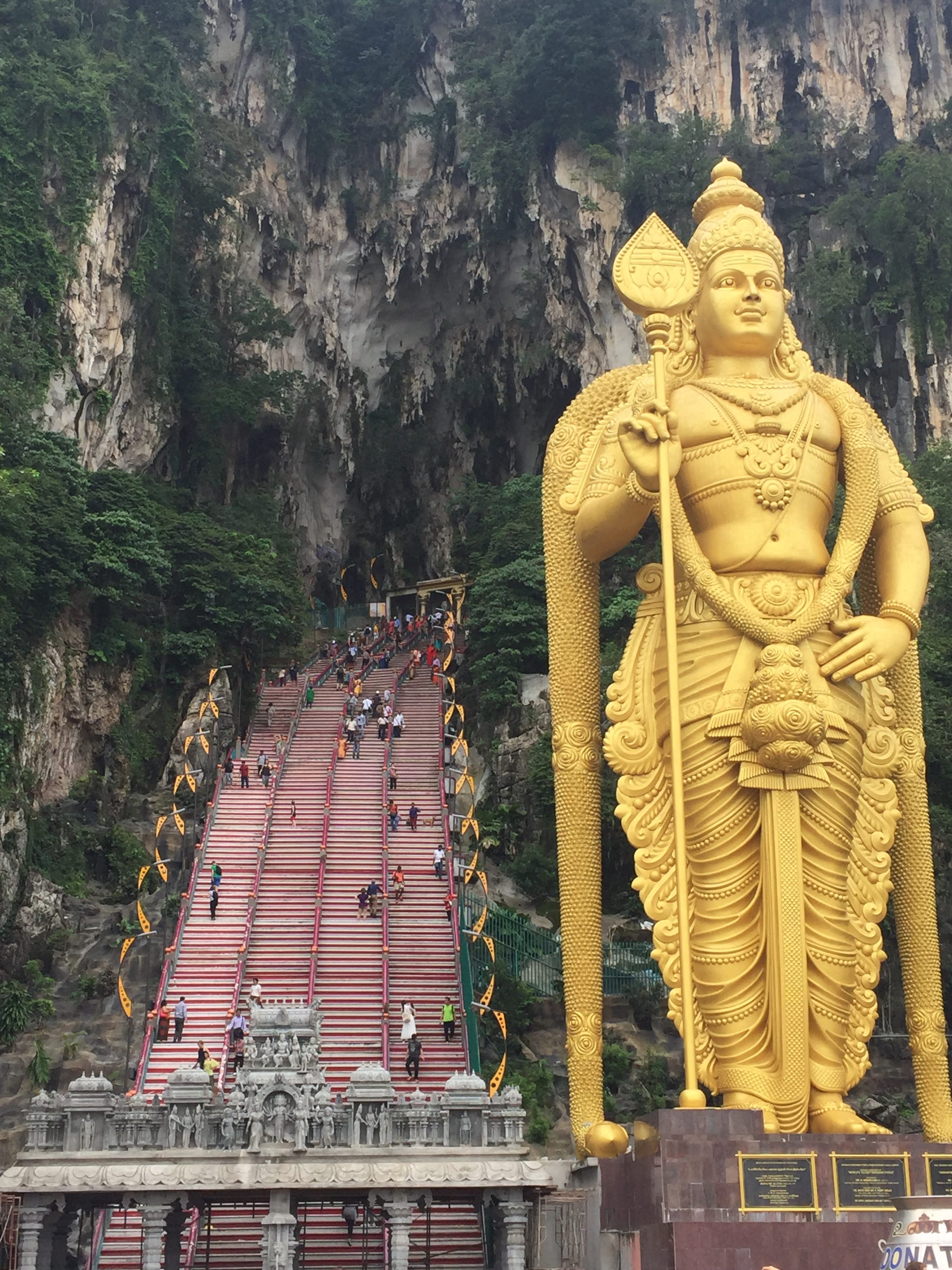 There is a total of 272 steps leading up the to the Temple cave. It’s not too bad of a climb actually, pretty tiring but you’ll make it. There are also a lot of monkeys on the way up, you need to be careful with what you’re holding in your hands. If they like what they see, they’ll just go for it. Batu Caves is not far from the city and is easily accessible by public transportation if you don’t want to drive. All you need to do is take the KTM from KL Sentral to the last stop. 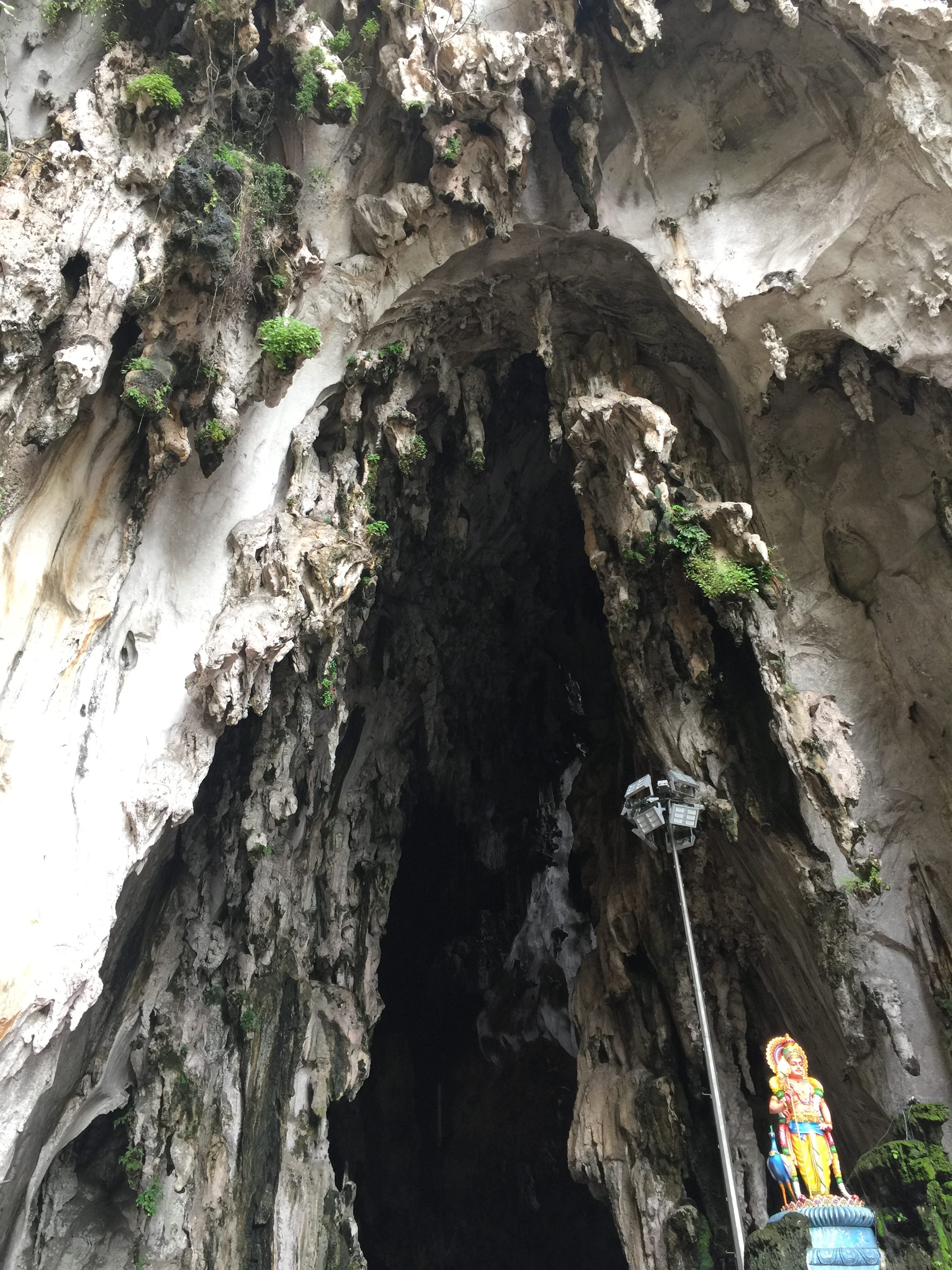 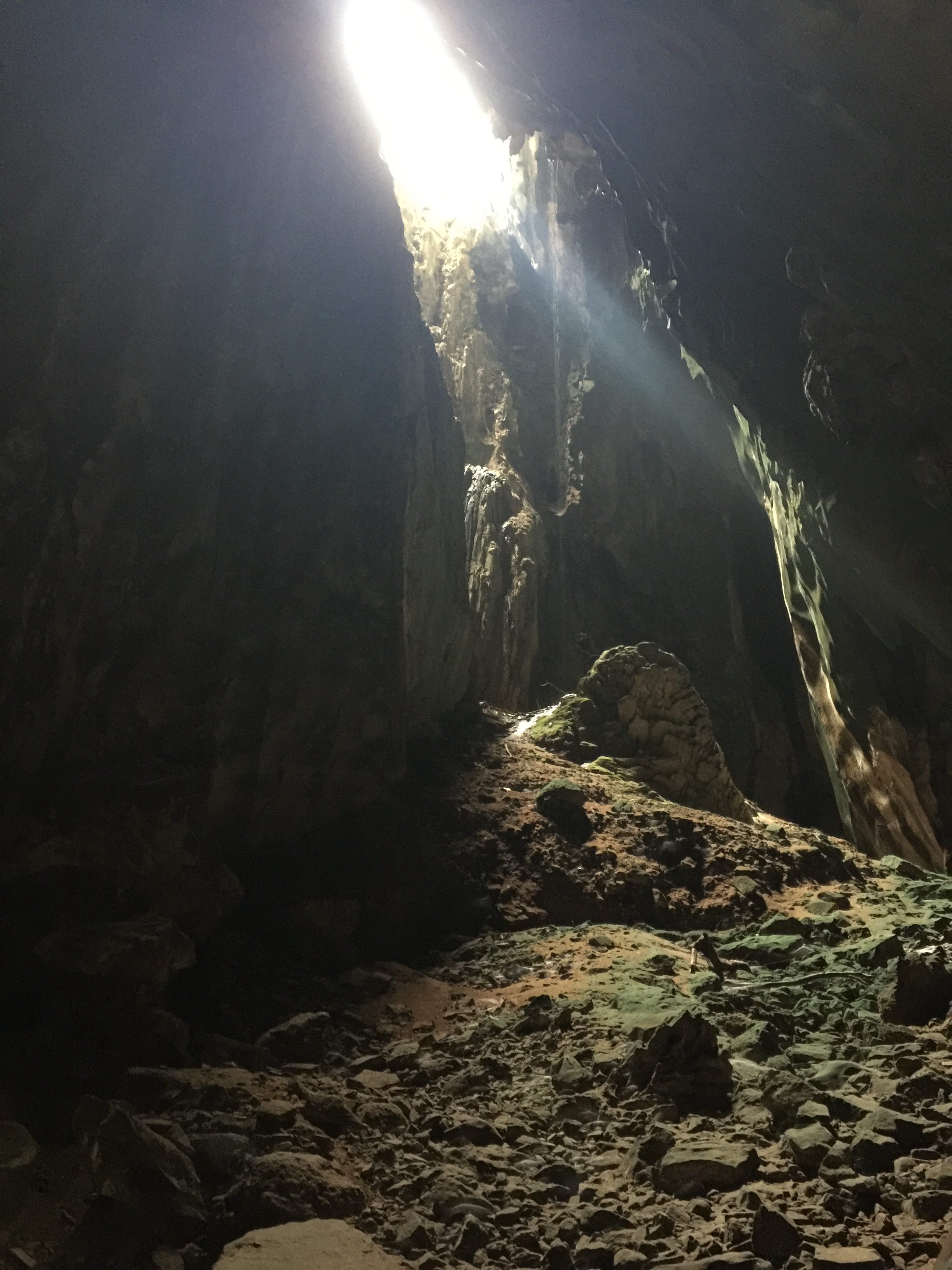 There’s just so much, I don’t think I even know the names for all, I’ve just been eating them my whole life. Let me share with you a few of the dishes that I miss the most:

Village Park in Kuala Lumpur is famous for its nasi lemak and trust me, it’s worth paying for it. However, you got to be patient to wait for a seat and have your food delivered, the amount of people there every day is crazy.

Nasi lemak is Malaysia’s national dish, of coconut rice served with slices of cucumbers, a hard boiled egg, ikan bilis, peanuts and sambal sauce. There are different versions of meat to be served with it, my favorite is with fried chicken. Don’t be surprised to see this heavy meal being eaten for breakfast, in fact, it’s a popular breakfast dish. 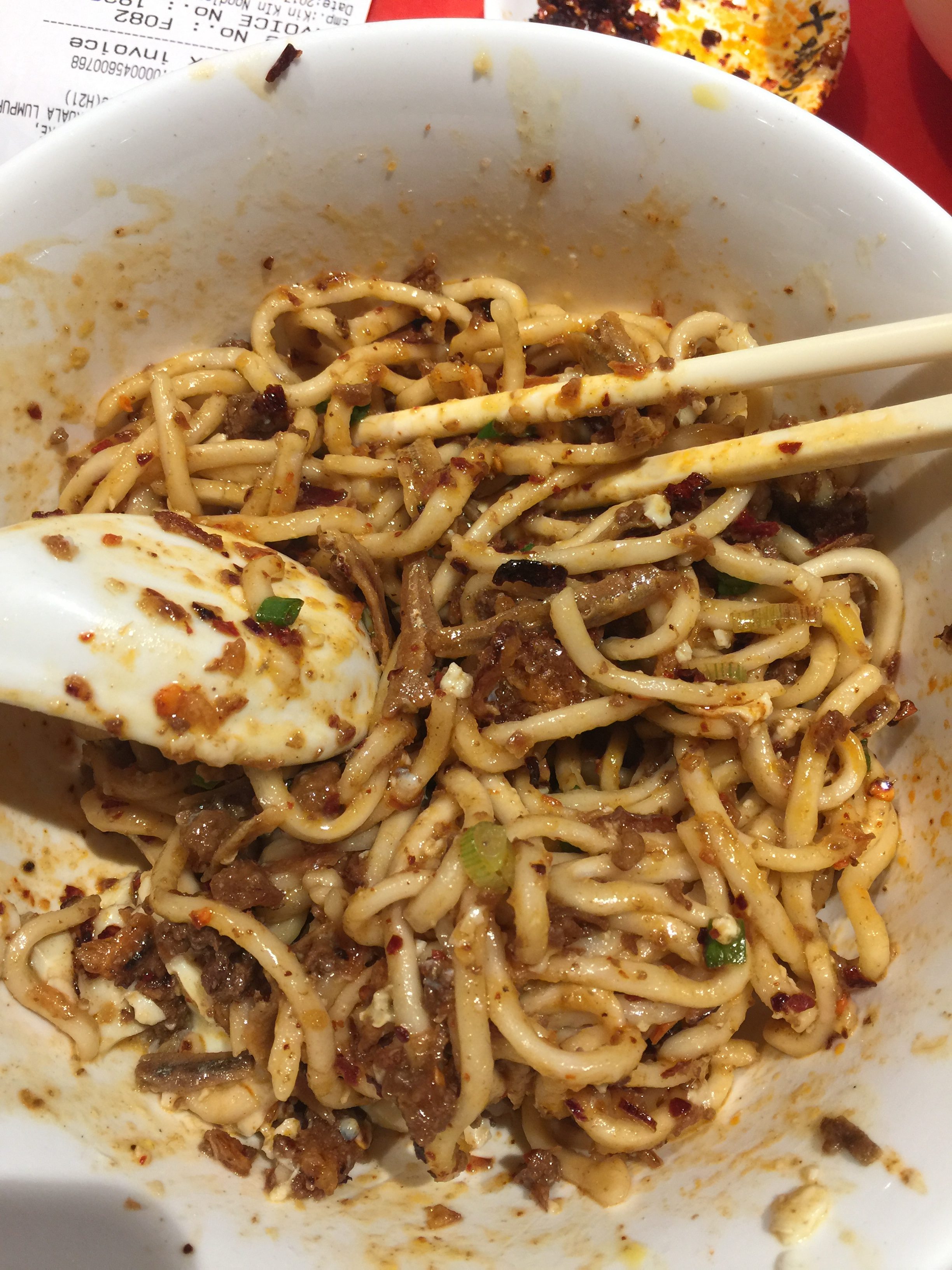 I miss this dish terribly and even more than any other dishes. It’s one my of favorites back in KL and I have it so often but I can’t find it anywhere here in NYC. A real torture just looking at this picture.

Pan mee is a traditional Hakka style dish served with soup. However, dry chili pan mee is getting more popular. The dish is served with noodles, ikan bilis, minced pork, spring onions and egg. Chili is to “add at your own risk”, a good way to test your tolerance of spiciness and whether you’re overestimating or underestimating your tolerance capability.

An Indian-influenced flatbread dish, roti canai is absolutely popular amongst Malaysians. It’s also another dish that is eaten for not only breakfast but also supper. There are many different stuffings of roti canai, my favorite being roti telur (fried with egg). If you don’t want to eat just plain bread, there’s a whole list here for you to pick.

Happy birthday, Malaysia! Whenever I meet someone new, I love sharing anything I can about Malaysia, it’s a beautiful country with its own unique culture and food. No, I don’t regret leaving the country and moving to NYC but that’s for my own personal reason but yes, I’ll always see Malaysia as a place I called home.

So Happy Independence Day, Malaysia. I am proud to be Malaysian and I always try to share our culture with non-Malaysians. Even though I’ve moved abroad, I’ll never forget when my home country gained freedom from colonization. Malaysia is also definitely a country worth visiting. Let me know what you think if you’ve visited before!

Tags: kuala lumpur, malaysia, malaysian food, places to visit
Share
PREVIOUS« She said ‘I Do’
NEXTWhere to Visit in Malta »