Lately, I’ve been craving for the Korean dish, Budae Jjigae aka Army Stew. Now that the temperature is dropping and it’s getting colder each day, Budae Jjigae /army stew is perfect for the season. However, ordering this dish at a Korean restaurant can get really expensive in NYC. The average price is around $20+ for two people. After ordering it a couple of times, I decided to make this simple and quick dish of inexpensive ingredients. You need to try it because, as I said, it’s really quick and simple. 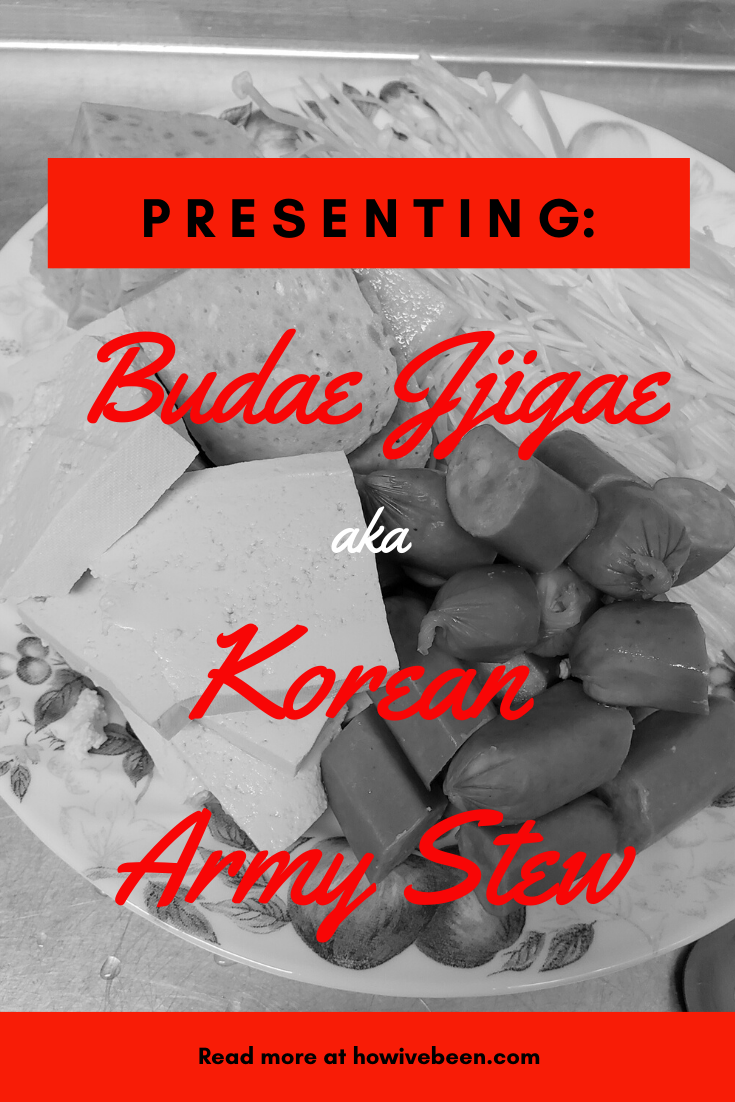 I forgot the most important part about this dish – the history of the Budae Jjigae aka Korean army stew. Based on my limited knowledge, long story short, back in the day after the Korean War, there wasn’t enough food so the soldiers put together whatever processed food they could find and there you have it, the army stew.

I like Asian soup-based food. Not all, but most of it. I love Japanese ramen, Chinese Wanton mee, Malaysian curry laksa, Hotpot, Thai tom yam. Of course, I can’t leave out Korean instant noodles and the army stew. The weather in Malaysia is over 90F/30C all year round so if I eat soup-based dishes so often in my home country, I definitely need them for the cold weather here in NYC.

This dish is quick to assemble and the ingredients are easily obtainable, especially if you have Asian supermarkets near you that it takes you as long as 30 minutes to have it ready on your dining table.

There are many army stew recipes on Google but I want to share with you how I put mine together. Since I’m quite a lazy person when it comes to cooking, I don’t source for every single ingredient on the recipe, as long as it tastes good, I’m totally fine with it. The most recent recipe I have been using for reference for this popular dish is from My Korean Kitchen.

The ingredients I add consists of:

As the ingredients are sodium-heavy, it’s best to use less chicken broth and more water. Trust me, you don’t want to have too much sodium or you’ll be reaching out to water all night long. An alternative to chicken broth is to use a packet of shin ramen (I think other instant noodles work well too) if I’m lazy to get chicken broth, it works fine.

I don’t know whether you can say I cooked this dish because it’s more of slicing the ingredients into small pieces, throwing them all in a pot, turn on the fire and let it simmer. Here are a few ingredients that I leave till the end when the soup is about to come to a boil/boiling.

There you go, the dish is ready.

I’m not bored with the Korean army stew yet. And I probably won’t get bored of it any time soon as I never thought I’d actually make it myself at home. I’m one of the lazy ones that would rather order it in the restaurant than cook at home for dishes that look complicated. But really, it’s so easy I’m constantly craving for it. Just watch out for your sodium intake and control the portion. 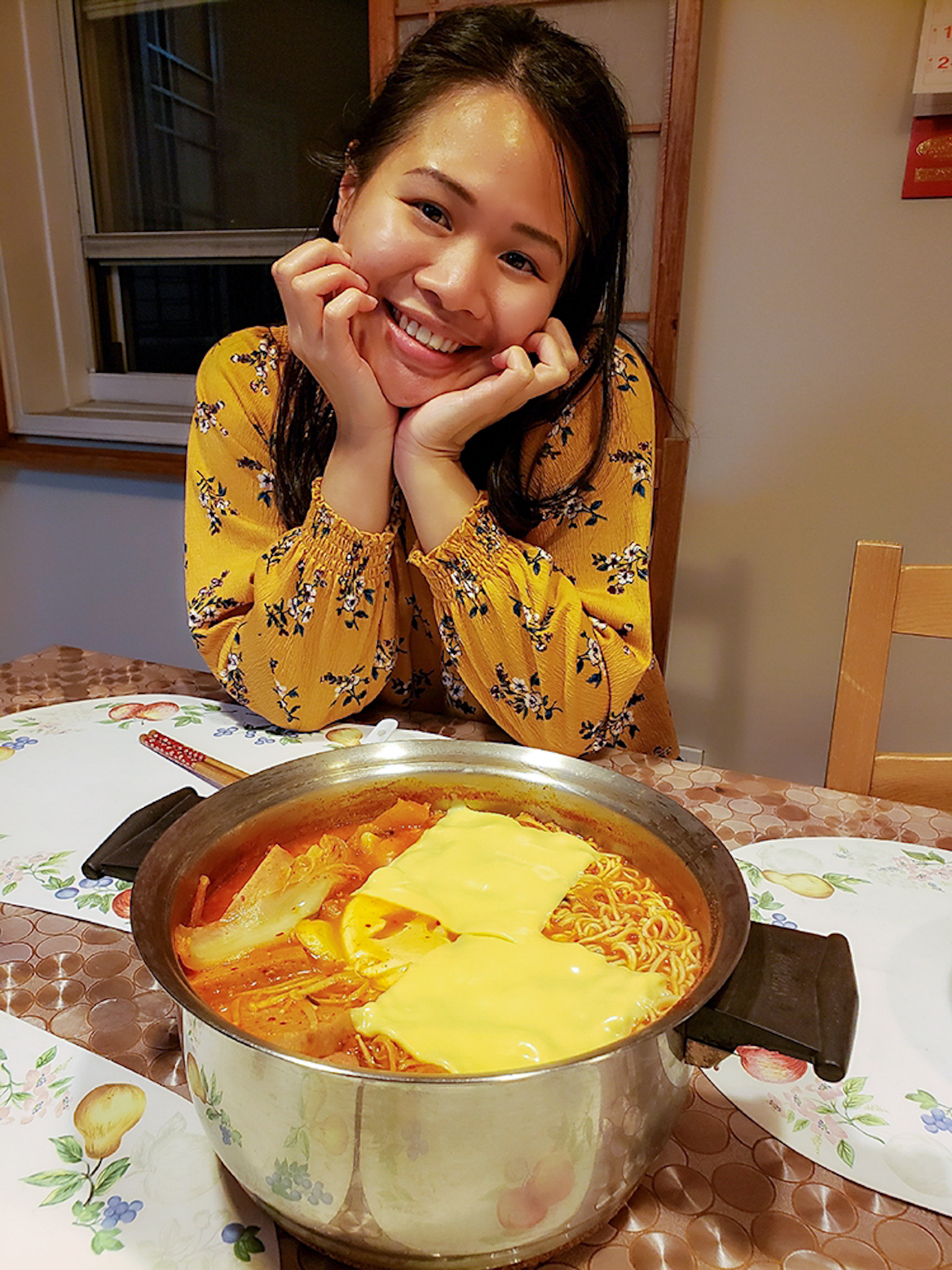 As I said, the ingredients are inexpensive, for the same price that I pay at the restaurant, it’s equal to 2 meals that I make at home. It’s also such a big portion, I’m always bloated by the time I’m done with it (I know, portion control…). All you need is 30 minutes and while waiting, you can start watching Netflix’s You to prepare yourself for S2 coming out Dec 26! 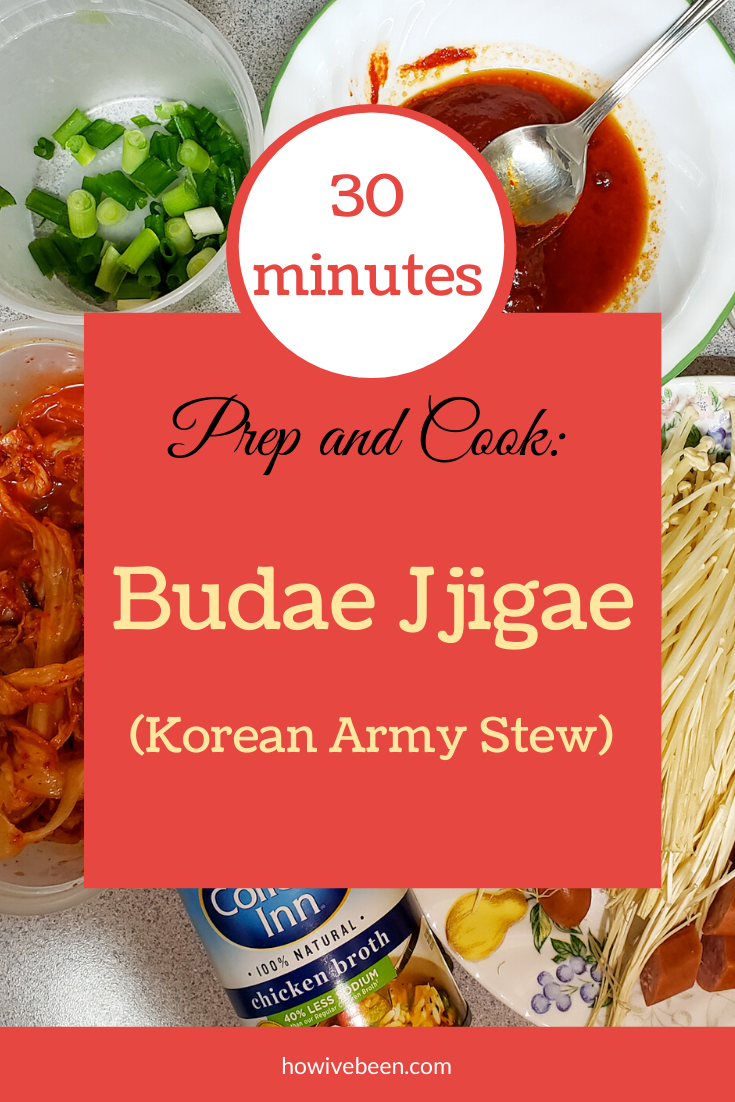 Tell me if you like Budae Jjigae aka Korean army stew and if you’d make it yourself at home!