How To Make Bubur Cha Cha, A Malaysian Dessert

I have been craving dessert for a while and with the pandemic, it’s a little inconvenient to buy it from our local shops. Bubur Cha Cha, also known as momo cha cha is a well-known Nyonya dessert in Malaysia and Singapore contains mainly of taro, sweet potato and coconut milk. This is one of my favorite local desserts and if I can’t buy it, why not make it myself?

This tasty dessert is popular even in the United States and you can find it on the menu of Malaysian restaurants here. One of the famous restaurants, Rasa has the recipe online too. I didn’t follow a specific recipe so I’m sharing what I did as accurately as I can.

Ingredients I Used For This Malaysian Dessert, Bubur Cha Cha

How I Made Bubur Cha Cha, the Malaysian Dessert

You’d want to go easy on the sago, don’t add too much as it absorbs the liquid. After taking it out of the fridge the next day, you’d find that the bubur cha cha has turned into a pudding. Which is not what we want.

How Long Did It Take

It didn’t feel like it took a long time to make this dessert as I left the ingredients boiling while watching Netflix’s The Founder (it’s so good!). I’d check on it every 10 minutes and before I knew it, it was done.

Tip: when making desserts like this, you can watch tv, write a blog post, create Pinterest pins, read a book – you don’t have to stand and watch the ingredients boil. Of course, don’t forget about it and fall asleep!

Bubur Cha Cha can be served either hot or cold but I’ve been eating it hot pretty much my whole life. This Malaysian dessert reminds me so much of Malaysia as I was about to get air tickets back in April, before the pandemic. Oh how 2020 has been the complete opposite of 2019.

There you go, this is how I made bubur cha cha, a Malaysian dessert that is simple yet delicious. This Nyonya dessert can be as easy as mine, with four main ingredients or as colorful as you want it to be. 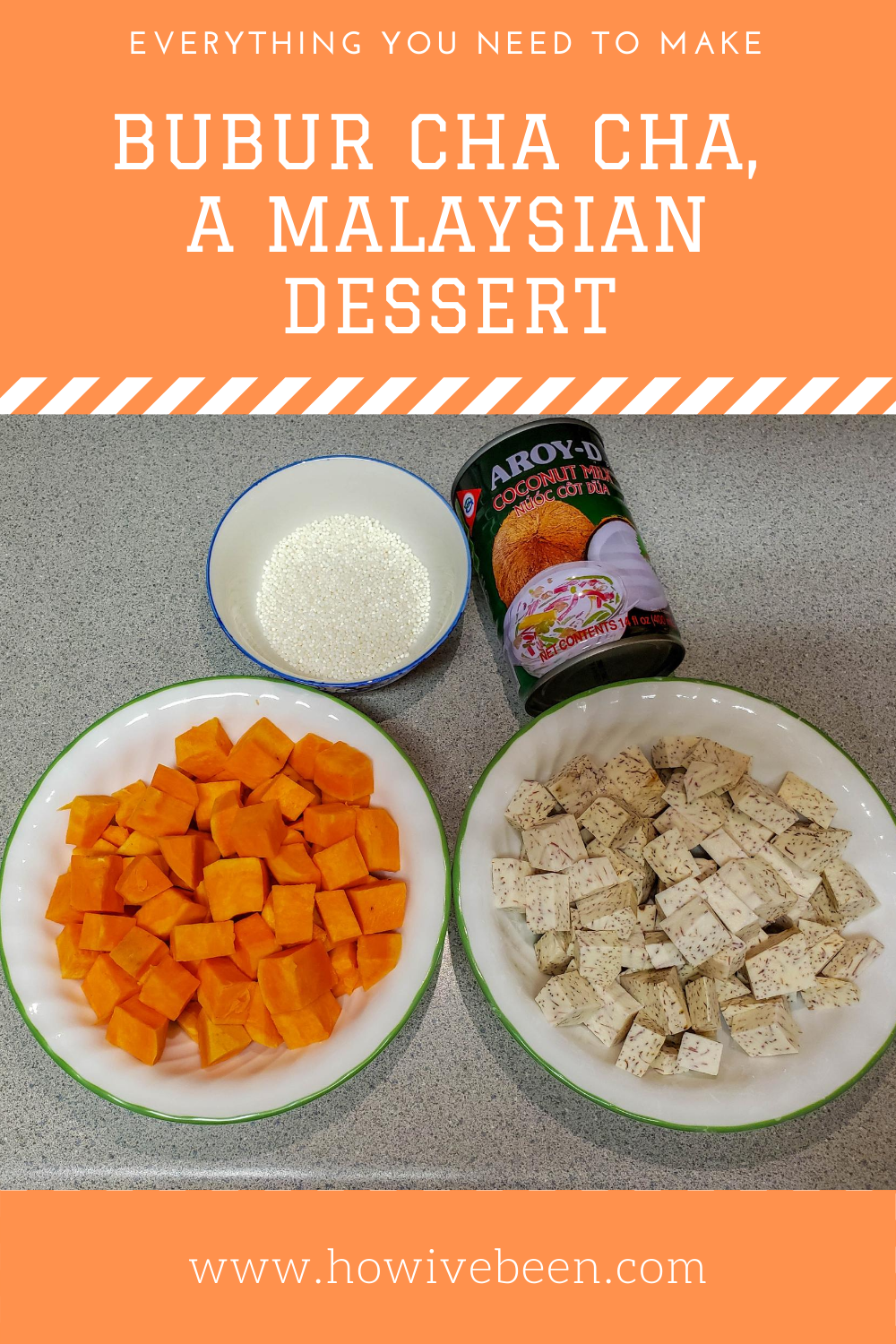 Would you make this Malaysian dessert? It’s really delicious!