Who Is Your Favorite Umbrella Academy Character?

Whether or not you’ve finished Netflix’s Umbrella Academy Season 2, I’m sure you know the characters well enough. If you haven’t started Season 1, please do, you only need 2 weekends to catch up then join us all waiting a year for the next season. I dedicated 10 hours of my weekend for Season 2 and I think 2 seasons of this show are enough for me to rank who my favorite to not so favorite character is. I’ll try and not give away any spoilers for anyone who hasn’t watched or finished the show 😉

Who Is Your Favorite Umbrella Academy Character? 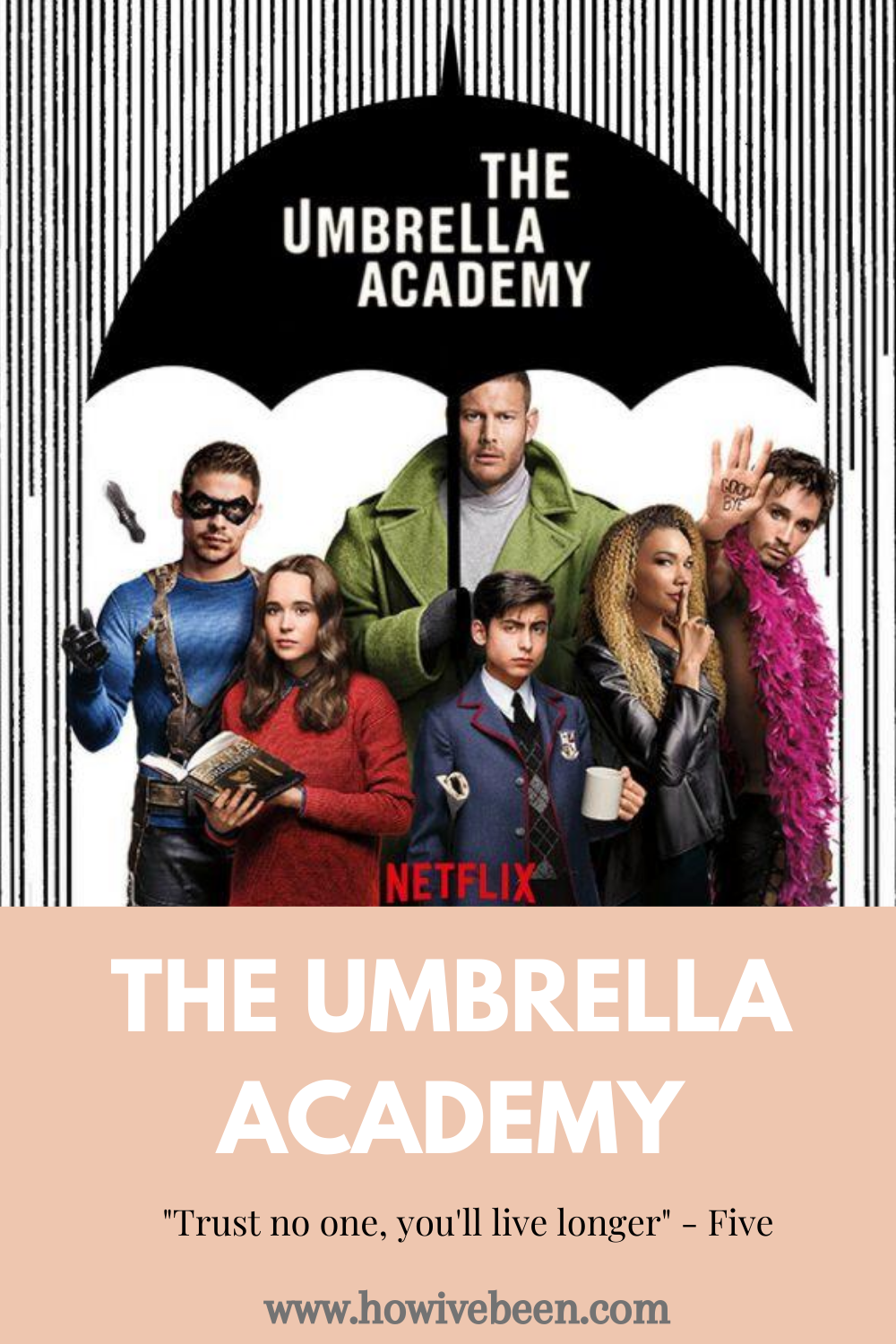 A quick summary of the show which is adapted from a comic book series:
On October 1, 1989, 43 infants with superpowers were born to random women who showed no signs of pregnancy. Sir Reginald Hargreeves went around looking for these children and adopted (he purchased them, actually) 7 of them. Known as the Umbrella Academy, Luther, Diego, Allison, Klaus, Five, Ben, and Vanya Hargreeves goes through training to prepare to save the world from an unspecified threat. Over the years, they lose contact but they reunite when their father passed away for a reason.

Family first, yea? Here is the Season 1 recap from the casts themselves!

Superpower: Communicating with the dead

If you’ve watched the show, you’ll know that Klaus is a drug addict. But that’s not why he’s my favorite character. To me, he’s just hilarious and flamboyant and does silly stuff. I’d say his superpower is really not what you want, and I completely understand why he chooses to stay high and drunk and be numb. It’s his way of escaping from having dead people around him all the time which he cannot really control. It’s pretty much a dark power and not a superpower.

The smart boy. Not so smart when you’re misusing your power though. Technically, Five is 45 years older than his siblings so he does know what he’s doing, including consuming alcohol despite being stuck in a 13-year-old body. And he doesn’t trust people easily because he’s worked for the Commission, he knows how they are when carrying out a task. What I really like about Five is no matter what, he still loves his family and always prioritizes keeping them together and safe.

Superpower: Possesses monsters from other dimensions under his skin

We see Ben but we don’t see Ben. We also do see octopus tentacles coming out of Ben… Sorry, don’t mean to confuse you. Anyway, Ben is shown as the kindest and most sensible out of the siblings. His death wasn’t really talked about, there was a part in Season 2 that was really emotional so quickly finish the season! Klaus is the only one who can see and talk to Ben, and they make a really great couple. One of my top fav siblings!

Related posts: I Am Watching ‘YOU’

Allison’s superpower is pretty damn cool, I must say. She just has to go “I heard a rumor…” and that’s how she got to walk the red carpet, though that didn’t last very long. It’ll be so cool if I have that superpower but Five is a great example of misusing it and ended up somewhere far in the future and in the past. I like her because she’s the sibling that wants everyone to be on the same page and I love how she has a sister. Though you don’t want a sister that will slit your throat, that’s some crazy shit going on there.

We’re halfway done with my list, so who is your favorite Umbrella Academy character?

Superpower: Super strength and is half ape

As the eldest son, Luther is considered the de facto leader of the Umbrella Academy but he doesn’t exactly act like one. Technically, he’s not the eldest anyway, they’re all born on the same day and the same year. An accident happened to him while he was fighting crimes for his father and he was essentially turned into a half-ape. One thing I like about Luther is his loyalty to his father. As the kids grew up and went their separate ways, doing their own thing, Luther stayed back at the mansion. Or maybe he stayed because he got to go to the moon…

Not So Favorite #6: Vanya

Superpower: Watch to find out what Vanya’s superpowers are (:

Growing up, Vanya has been treated as an outcast, she’s the normal one. Apparently, if you’re normal, you’re an outcast… #onlyinumbreallaacademy. Without Vanya, there really isn’t any story to tell. Having to suppress her emotions and not being included in family meetings, that obviously is very hurtful. However, I like how over time, she learns to manage her emotions and controls them after creating huge chaos in the world and almost created another one. I got all “aww” when she finally realizes that her siblings do love her. Although they can be assholes and say mean things behind her back. I guess that’s what siblings do. Be honest, you do that too, right?

Not So Favorite #7: Diego

Oh, Diego… You really don’t want to mess with Diego when it comes to knives, well, that is, after all his superpower. That aside, I hate to say that he’s my not so favorite character due to his personality and his extremely worrisome, attachment to people. Which I can understand due to his childhood, being part of the Umbrella Academy and having a father who doesn’t really seem to be a father. I mean, that man purchased all 7 of them… Sometimes you just got to let go, Diego. And sometimes some people are not worth being attached to.

Do you already know who is your favorite Umbrella Academy character?

So now that you’re starting or finishing the show, you can check out their Twitter account, I can’t wait for them to announce anything related to Season 3!

Tags: netflix, tv show
Share
PREVIOUS« What I Did In July 2019 vs 2020
NEXTHow To Make Bubur Cha Cha, A Malaysian Dessert »