October 19 was the longest day of my life. October 19 was also my first time running a half marathon. It’s been a week but I can remember exactly how the first half of the day went. Brooklyn Marathon and Half Marathon was my first half marathon in my life. I can’t believe I took time off my weekends to try running instead of binging on Mindhunters or some other Netflix shows… Honestly, I didn’t train intensely but give me some credit for the effort *giggles. So you must wonder, and I’m still wondering, why in the world did I decide to participate in a half marathon and how did my adventure go? 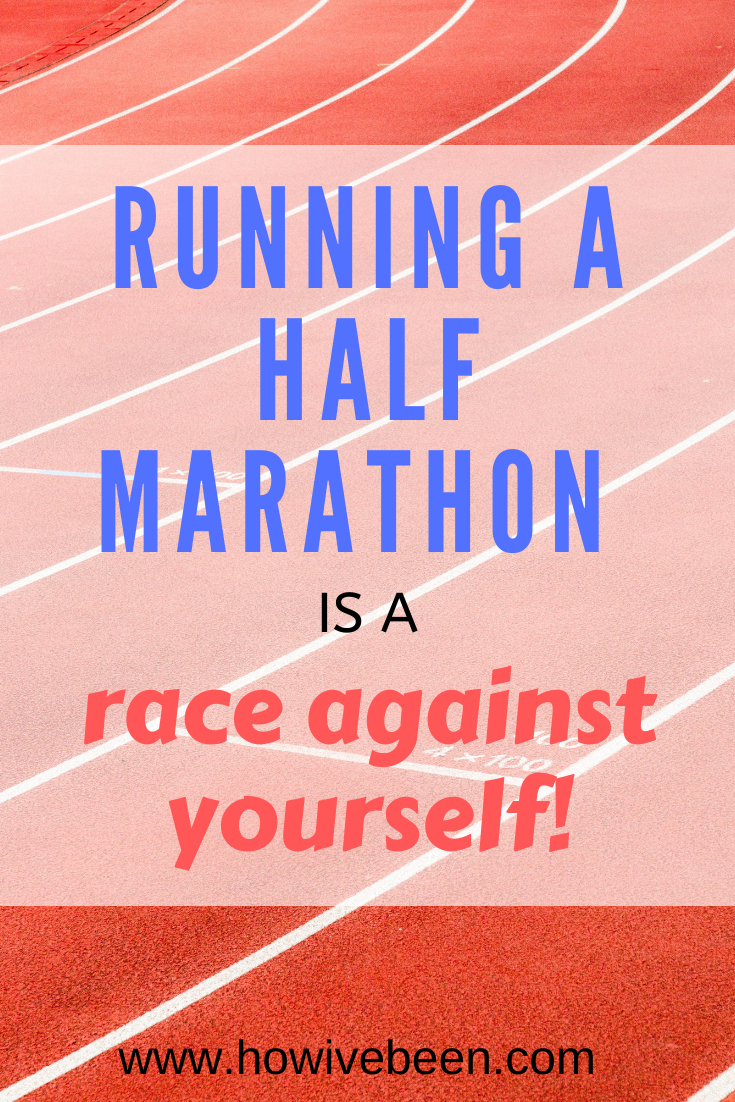 Why I Participated In A Half Marathon

For a person who hates running, I can’t even explain why I signed up for a half marathon. Well, maybe I can haha, it’s part of my post 😉

My boyfriend casually brought it up one day, telling me a few of his coworkers signed up for it. Right away I said “Let’s do it!”. It was definitely a rash decision because like I said, I hate running, tops 30 minutes on the treadmill. So running a half marathon has definitely not been on my mind.

I signed up for the Brooklyn Marathon and Half Marathon which costs $90. Could’ve spent it on a bag.. or on a Broadway show… Oh well, what’s done is done.

Give running a chance

After giving it some thought, I figured signing up for the half marathon is not the worst idea. Since all I do is eat and watch Netflix or Hulu and not exercise, I thought this is a great way to force myself to exercise.

I’ve heard that some people find running therapeutic. I’ve been dealing with stress for many years, it’s just draining all the energy in me and slowly affecting my life, so why not try running. Running gives me a chance to be alone, in my own space. Am I the only one who feels exhausted having to socialize with people every day? Also, running is low maintenance in terms of the cost. I won’t need to pay Planet Fitness to use their treadmill!

My First Half Marathon Adventure

Preparing for a half marathon (aka training) is, of course, a no-brainer. I looked up training schedules, bought proper running shoes and finally using my Fitbit for running reasons and not just track my sleeping hours. Almost every Saturday, I’d be at the park near my place starting off with 4 miles then slowly increasing the distance. It’s a real bummer as the longest I did was 10 miles but that took a while to finish because my foot was hurting so much. I tried getting up at 6am almost every morning to run at least 2 miles around my neighborhood. Although that motivation died down a little because I really don’t like running on the streets.

Hudson River, Flushing Meadows and Summer Streets (which was really awesome, can’t wait for next year’s!).

You may find this weird but I’m probably 1 in god-knows-how-many people who didn’t enjoy running along the Hudson River. I felt like it was a never-ending run, not knowing where I was and not knowing where my “finish line” was. It was only that one time that I tried it but I intend to do it again, maybe it just wasn’t the best first experience there.

finally came. I started to get nervous 2 weeks before as I knew I wasn’t fully prepared. God knows when was the last time I ran, I knew my foot was still hurting and I’d barely be able to last 5 miles. Maybe only 3 miles. But the day came and I just had to wing it. 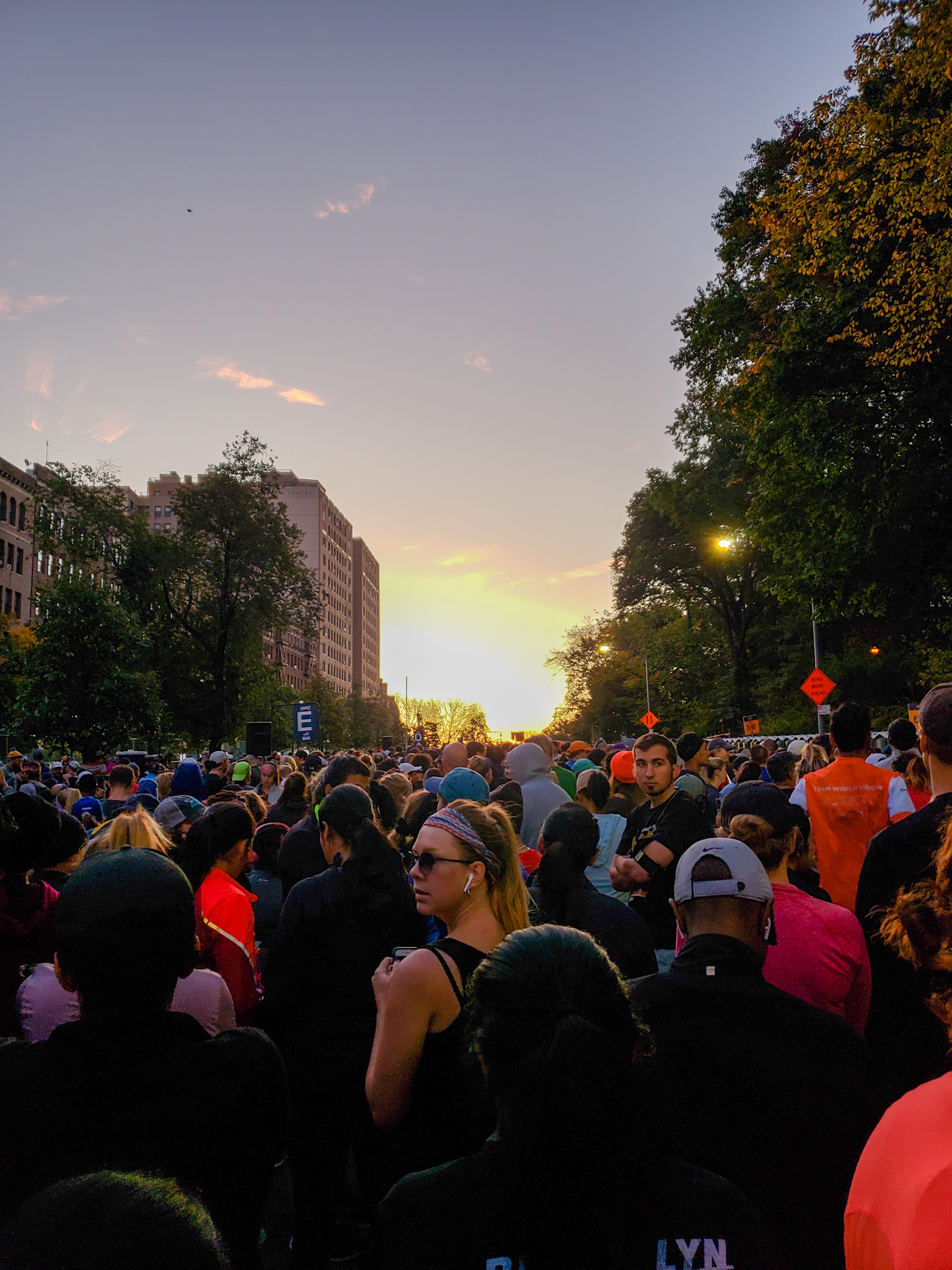 I couldn’t believe how many people enjoy running marathons, there were thousands of people gathered at Prospect Park that morning. I was (obviously) in the last group, definitely can’t run along with people who can finish the race in less than 2 hours.

It started off okay as everyone was pretty much at the same pace. However, I was starting to fall behind but I kept reminding myself that it’s fine, the only goal of the day was to finish the race. It was a little intimidating seeing how fast other runners are. Before reaching the 2nd mile, I saw runners already at the 4th mile. *sweats. The worse part was my left foot was starting to hurt and I had about 11 miles to go.

At my 5th mile, there were runners on the other side of the road and was thinking, wow, they’re fast. When am I going to reach where they are.

By the time I reached the 7th mile, I couldn’t feel my legs. My thighs were numb, painfully numb if that makes sense. My back was a little sore and my foot which has been hurting since the 2nd mile was getting more painful each step. In short, every part of my body was hurting.

Normal me will be comparing myself to the other 4,999 people but half-marathon me just kept telling myself this is a race against myself. I will come in first place and win the race against my mind as long as I cross the finish line. Hours later, I saw it, I saw the finish line. The last 0.1 miles felt like hell, it wasn’t far but it wasn’t near enough for my legs to survive the distance. Thanks to the people at the side cheering, I started to feel the pressure so I pushed myself to at least jog til the end. 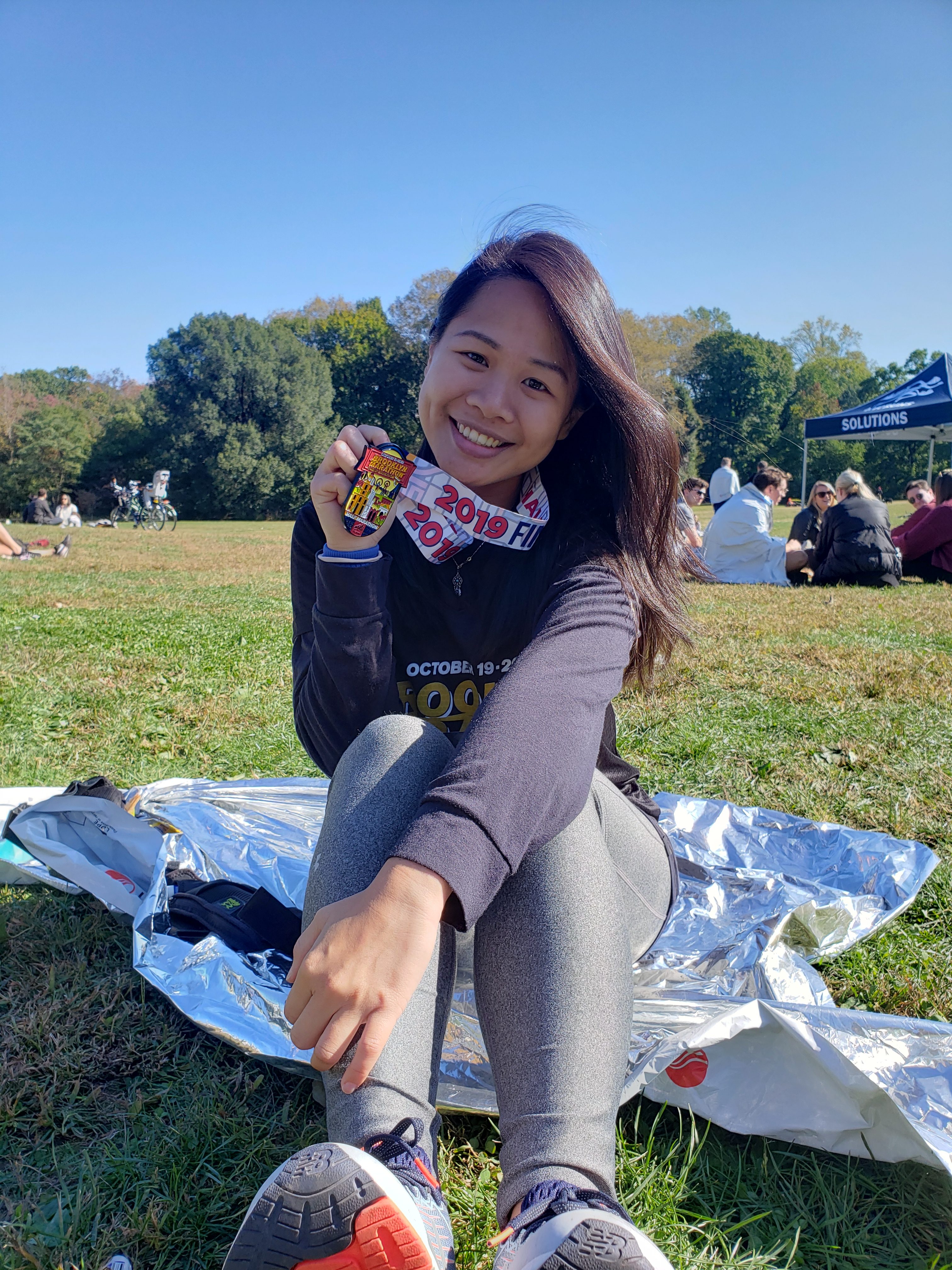 I don’t have words to describe how I felt. Not just emotionally and mentally but physically. Though I really wanted to be carried back home because my legs were hurting so much.

Jokes aside. That feeling of being able to conquer yourself and finish what you started, I promise you, you’ll never forget that feeling. This race was refreshing. It’s like a reminder to me that with hard work and effort and most importantly, not giving up, I’ll be able to win anything. Of course, it’s easier said than done 😉

I guess what I’m trying to say is even though you hate running, you should give it a chance. Whether it’s a 5k, 10k, half marathon or full marathon race, it’s a great experience and challenge for yourself. For people like me who have low self-esteem, I just proved to myself that no matter how tough and exhausting and how much I want to give up, I can make it to the finish line as long as I keep going.

Gosh, my foot is still hurting, that feeling really sucks.

After crossing the finish line, a couple of friends asked me if I would do it again. Please don’t ever ask a friend that question when she’s hurting so much right after crossing the finish line. What do you expect your poor friend to say when he/she is in pain? So my answer was, no, not in the next 5 years. Maybe once I get my foot figured out, it hurts even when I walk yikes.

For you New Yorkers here’s the NYCRuns Race Calendar, they’ve got more coming and you can consider signing up for it!

Have you done a marathon and/or a half marathon before? How was your first-time experience like?