Where to Visit in Malta

One of the highlights of my summer 2019 is my trip to Europe. The main purpose was to attend my best friend’s wedding but hey, since we’re there, why not travel and enjoy Europe?

We barely had time to travel. The plan was to see Malta after the wedding and head over to London for a couple of days. Although we were in Malta for 4 days, I only had a day and a half to spare. And let me say, it’s not enough. But as compared to where I went next, which was London, I definitely had more time in Malta. A lot more time to enjoy being in this city.

I managed to squeeze in a couple of hours on one of the days to look around Valletta since we were right there for the wedding. This tiny capital of Malta, I would say is pretty underrated.

Watching it from the Upper Barracka Gardens is free but if you want a clearer view and listen to more information, it’s €3 for adults and €1 for children to go down to the lower level. We were really excited to see the canon being fired at 12 noon and our spot on the upper level wasn’t too bad but it was 15 minutes past 12 and still nothing…

Is it closed on Sundays?

According to our research, it’s opened from Monday to Sunday, 10am to 4pm except for public holidays, more information here. Gunfires are at 12 noon and 4pm. It was half past noon on a Sunday but we were still standing there taking random photos. I guess no gun firing.. Or maybe we missed it although we were there since 1115am? I don’t think it’s possible to miss it though. At least there was a beautiful ocean view, I would say it was worth waiting for a little bit. 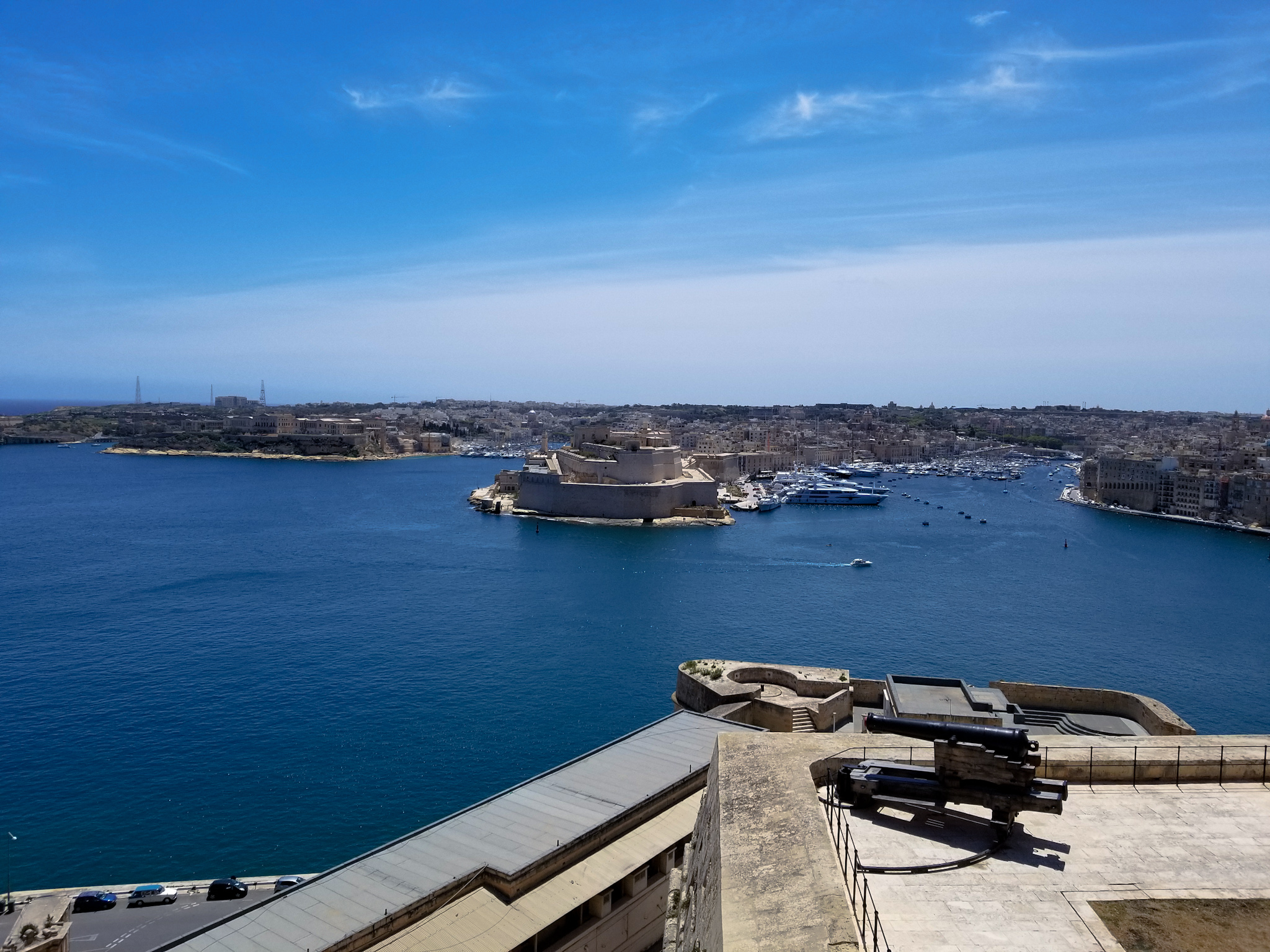 The streets of Valletta

with old facade, beautiful colored doors and stepped streets is gorgeous. I love wandering around just absorbing the beauty of cities like this. The best part is that you won’t get lost thanks to its tiny size and you’ll hit the waters eventually. I wasn’t quite expecting the streets to not be packed with people taking pictures, you know it’s true, it’s the perfect place for Instagram. And to all the vintage lovers out there, with the wooden balconies and vintage signs, this is definitely your place! 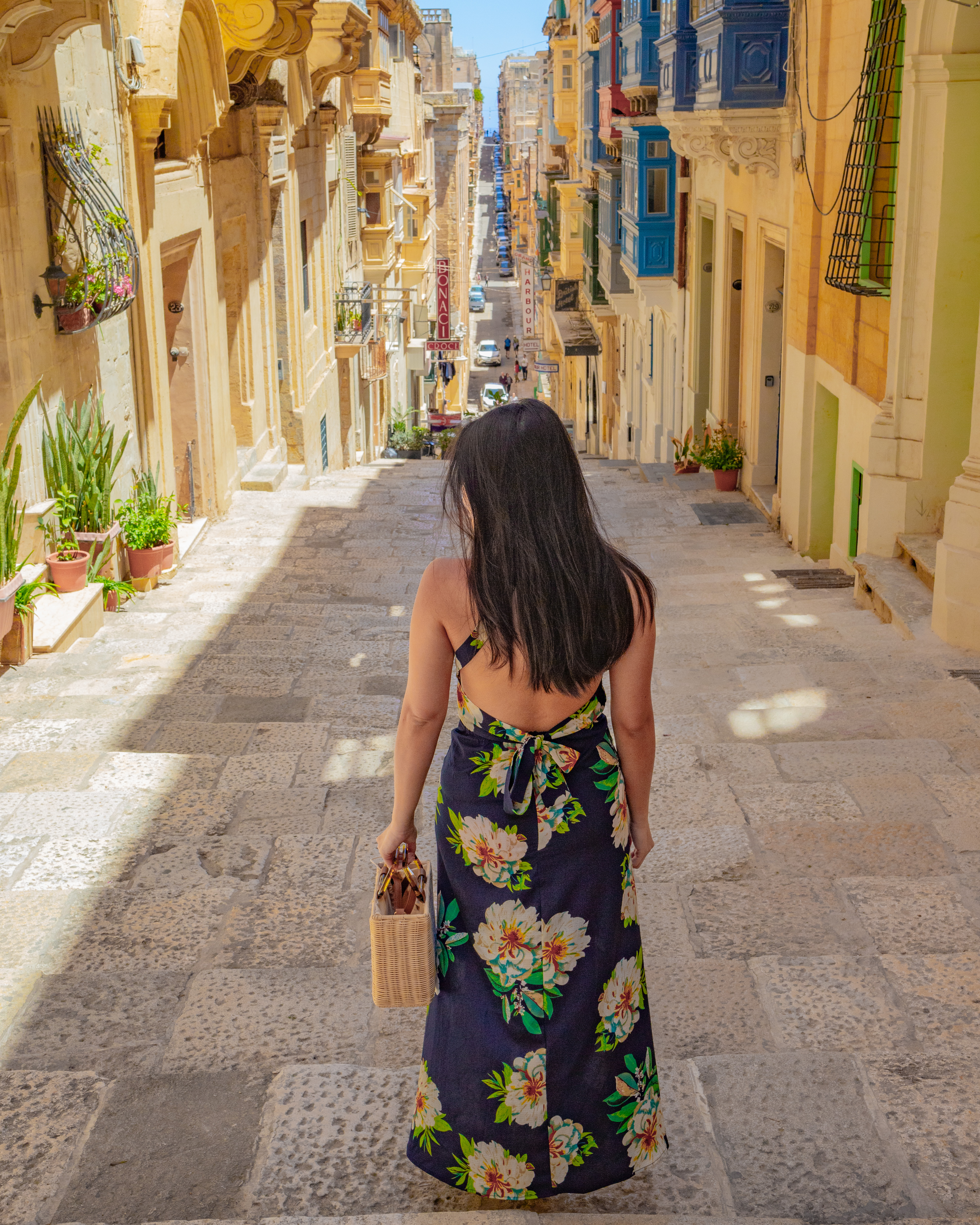 can be easily found with cafes around and if you need a bite too, there are many that offer street sitting. Coffee watching along the stepped streets of Valetta is one of things you can do if you have enough time unless that’s not really your thing.

attracts many tourists and it’s recognized internationally as an important UNESCO World Heritage Site. With a population of 300, the former capital of Malta definitely takes silence seriously. To a whole next level, in fact. Very few cars are allowed into the city and noise is kept to a minimum. Stepping into the city felt like I just crossed over to a whole different world where I got to see the old Mdina (or at least I think so since I’ve never lived her hundreds of years ago).

Mdina was built in the Medieval times and as you can see from my pictures, the architecture here is preserved well. Wandering around the long, winding, cobbled streets of the city in return for enjoying the beautiful facade is definitely worth your time. Take pictures, absorb the beauty, it’s Instagram-worthy. I can’t help but imagine how it was like living there back in the day and how life is currently for the residents there. 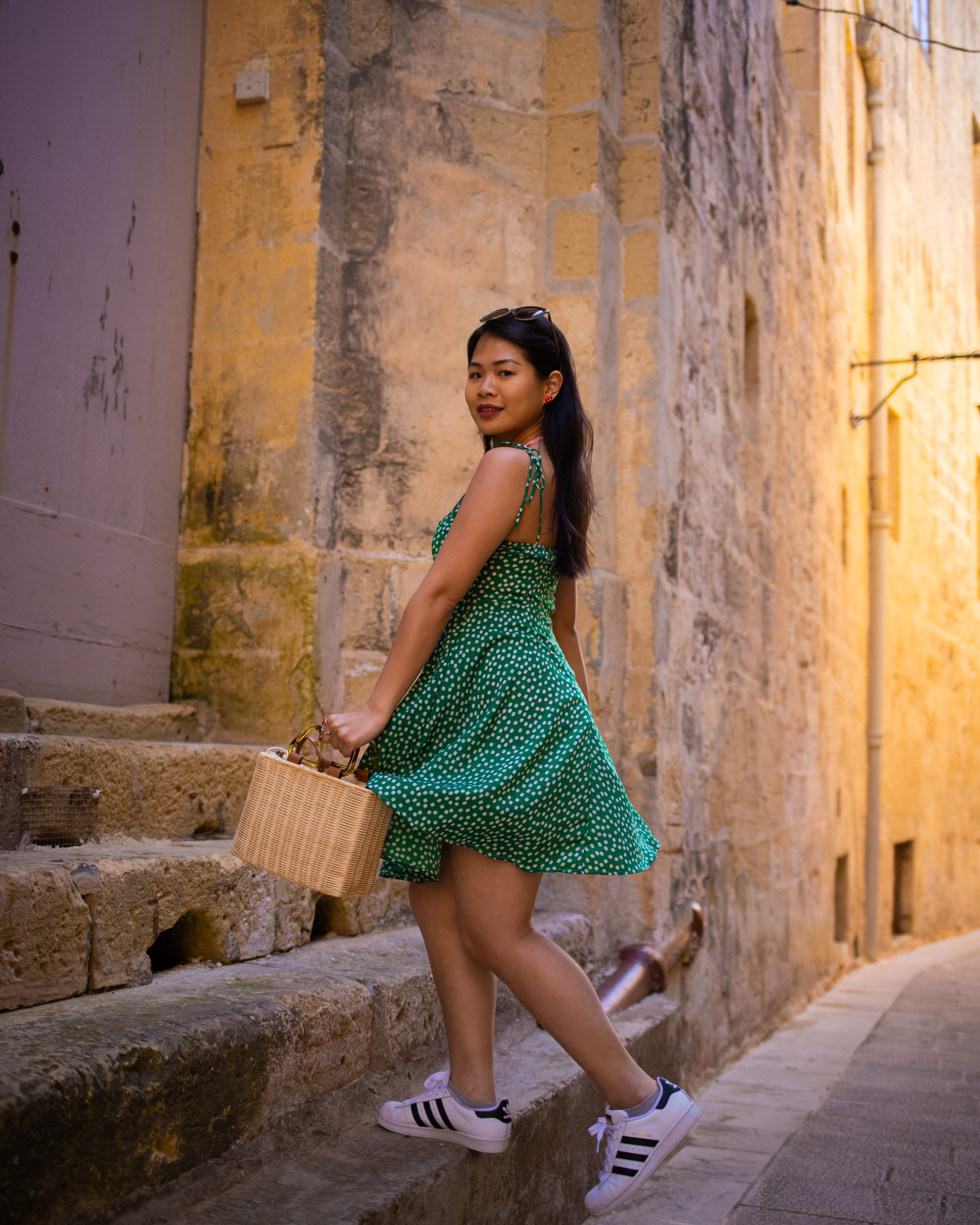 This beautiful city also serves as a setting for Kings Landing.

People also know Mdina as one of the Game of Thrones filming location for Season 1 and the gate to the city was one of it! After visiting, I can totally understand why Malta was chosen as one of the filming sites.

Even though I had limited time,

I would say this is one of the highlights of 2019. It’s also because I haven’t traveled in the longest time.. feels good to take a break from New York City. Of course I wish I could return to Malta but there is so much more to see out there. It’s just unfortunate I had limited time. Now I can’t wait for my next trip! 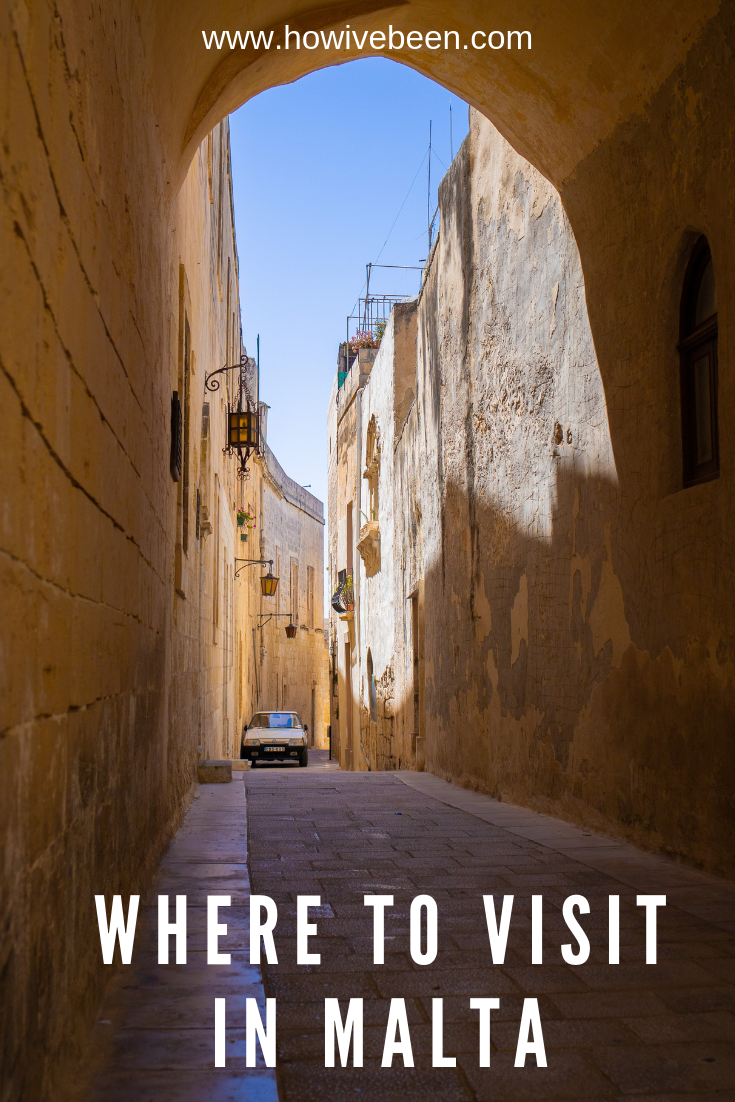 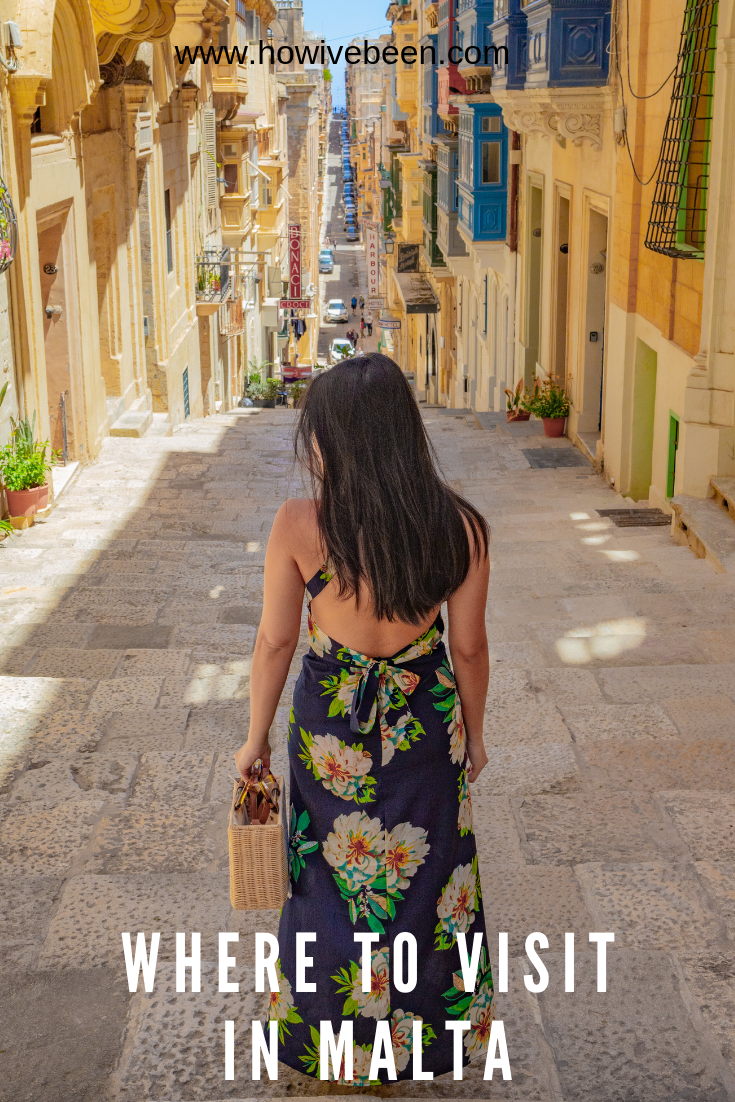 Where did you recently visit?